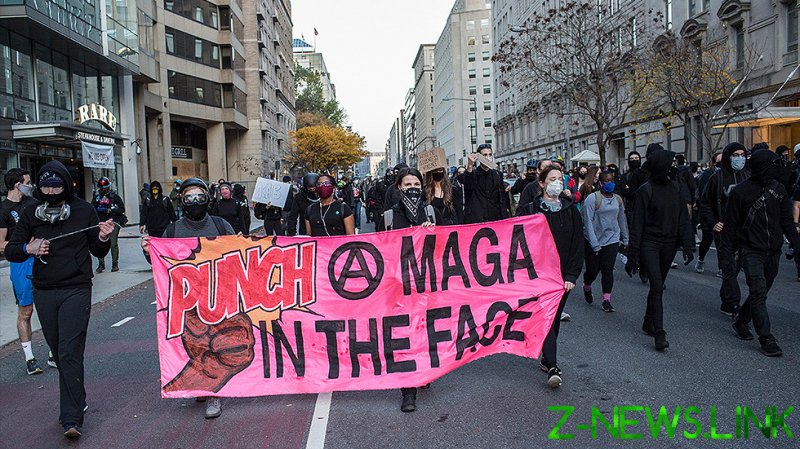 Last week, I committed the ultimate unforgivable sin – I expressed mild support for Donald Trump on Twitter. This was in the context of suggesting that the election, which even the US Congress has admitted contains “the presence of extensive voter fraud,” might have had some voting irregularities. This, obviously, translated into me being a ‘Nazi’ and a ‘far-right Trump enabler’, whatever that’s even supposed to mean.

It’s a story we’ve heard many times before – someone fails to toe the far left’s ideological line, and they are immediately ‘canceled’. It’s happened to people far more important than me, and as a result most ‘normal’ people just keep their mouths shut and stay out of it. We’re used to seeing the pitchforks coming after celebrities for their imagined crimes (often the same celebrities who not five minutes ago were doing the exact same thing), but be under no illusion that they save their venom for the rich and famous. I’m a nobody, and still they were outraged enough to come after me.

Unfortunately, the generation who were rewarded with fake internet points for tweeting about avocados and gender studies have decided that they are the new ‘voice of the people’, and the rest of us can go to hell for not already agreeing with their deeply held beliefs they’ve had since Tuesday. These people cry over the plight of the ‘working class’, but as soon as one of them has an opinion they don’t like, they are told to shut up and know their place. And god forbid one of them should ever meet a working-class person in the wild – they will wrinkle their nose and tell them off for ‘liking football and sausage rolls’. These are the people who refuse to acknowledge that most voters are not in favor of banning speech and defunding the police, because they are stupid ideas.

You can spot these people immediately if you know the signs. Their Twitter username includes a barked virtue signal, all in caps (John ‘WEAR A MASK!’ Jackson). They are the men who wear T-shirts that say “The future is female,” and make sure the world sees them wearing it. They have an open-mouthed selfie of themselves holding a Funko. It’s always Funkos.

The problem with these people is that they get the moral prism through which they view the world from Harry Potter, the Marvel movies, and other franchises aimed at children, rather than the nuances of real life. They are infantilized by the corporate blanketing of the ‘good v evil, and by the way we’re the good guys, buy our stuff’ narrative. Being surrounded on all sides by this simplistic world view inevitably reduces a person’s ability to think critically, especially when the punishment for doing so is being ostracized by your peers. It must be difficult being a revolutionary when you’re surrounded by every corporation on the planet patting you on the back and charging you for the privilege.

And yet I can’t really blame these people. The finger should be pointed at the media for encouraging this one-sided view of the world to the point where all opposing views are banned, no matter how harmless. The people who over-consume this media have lost whatever ability they had to fairly judge a situation which might include various shades of grey. That’s why they react so furiously to someone disagreeing with them, to the point that they will make personal threats.

Which brings me back to my deplorable crime of suggesting Trump might not be literally evil incarnate. I don’t mind losing some Twitter followers for what I said, but I do mind people threatening to ‘find out where I live and pay me a visit’, people trying to get my (completely unrelated) blog shut down, and generally trying to make my life a misery in all my online spaces. Perhaps most shockingly, they threatened to get my Redbubble page shut down. I hope they don’t do that, because I’d lose a whole 30p a month.

I fully expect to get canceled even further after writing this. But quite frankly I’m past caring. I just wanted to write about old TV. I just wanted to laugh at kids’ shows from the ‘80s, and talk about nostalgia. But the woke mob has a way of dragging you into its demented world. Well, I don’t want to be part of that world, and at some point they’re going to have to grow up and stop trying to be king of the playground. It’s time to take social media back from these oversized children.