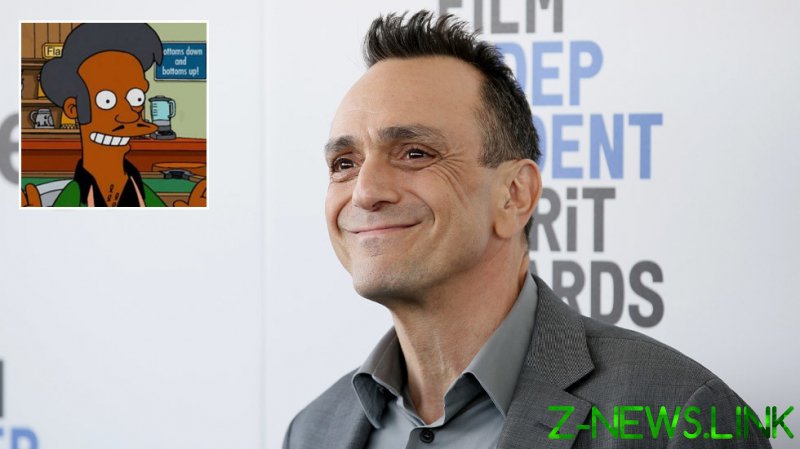 “I really do apologize,” Azaria said as he appeared on the Armchair Expert podcast and discussed his portrayal of ‘Kwik-E-Mart’ owner Apu Nahasapeemapetilon, who the actor announced earlier he would no longer voice.

Azaria told the podcast’s Indian-American host Monica Padman that he feels he needs to “go to every single Indian person in this country and personally apologize” for aiding “structural racism.”

He said he has “had a date with destiny with this thing for like 31 years,” after he first did Apu’s stereotypical Indian accent for ‘The Simpsons’.

But fans of the cartoon – created by Matt Groening – have warned Azaria that his apology amounts to political correctness that will “destroy comedy,” and accused the actor of participating in cancel culture.

One Twitter user called Azaria a “woke moron” for his comments, as they pointed out he voices a diverse range of other well-loved Simpsons characters, including Moe Szyslak, Chief Wiggum, Comic Book Guy, and Sea Captain.

Indian fans, including tech policy expert Pranesh Prakash, were also among those to say that the Apu character “doesn’t require any apology,” and that Azaria should not say sorry to “every Indian.”

Not all comments were critical of the actor however, with US stand-up comedian Hari Kondabolu, who has Indian heritage, describing him as a “kind and thoughtful person.”

Kondabolu wrote and starred in the 2017 documentary ‘The Problem with Apu’, which was critical of the character and resulted in some of the initial backlash against Azaria.