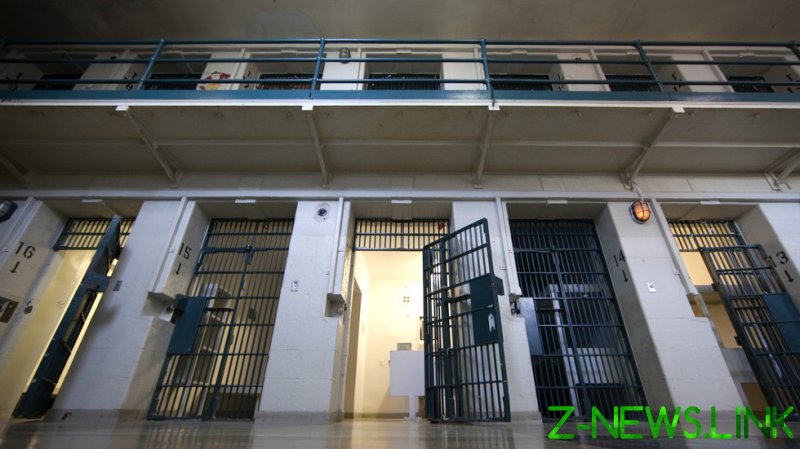 Heather Mason, who served time in Canada’s prison system, said that she experienced firsthand the dangers that come with placing biological men in female jails.

Canada allows men to choose to serve their sentence in a female prison if they say they identify as women – regardless of whether or not they have undergone surgery or hormone therapy.

Speaking to RT, Mason recounted an incident in which a sex offender had attempted to “peek” into her cell while officers were strip-searching her. Mason claimed that the biological male was “fully intact” and hadn’t had any procedures done. She said that the sexual harassment from trans inmates continued after she was transferred to a federal facility.

Other women have reported being groped and sexually assaulted by trans inmates, according to Mason. There have also been instances of serious physical altercations, prompting female inmates to “carry weapons around” to defend themselves.

They’re putting soup cans in socks because they know that they’re fighting males and not women… There’s a really big power difference between them.

It’s not normal for women in Canadian prisons to have to worry about their physical safety, Mason noted.

The women’s rights activist told RT that biological males are able to take advantage of a “grievance system” whenever their presence in female prisons is questioned. In some cases, complaints issued by trans prisoners go before the Canadian Human Rights Tribunal. At the same time, the abuse faced by female inmates – many of whom are already suffering from past trauma – is ignored, Mason claimed.

“They have been abused their entire lives… They just accept it,” she said. While some have started to come forward, “not enough women are speaking out, because they’re scared.”

And while the policy that has led to the abuse and violence has been billed as a way to uphold human rights for all, few are willing to advocate for female inmates without a voice.

Mason said that the obvious solution to the problem would be to create special wings in male prisons for LGBTQ inmates that are “tailored to fit their unique needs.” She argued that the fact trans men do not serve in male prisons due to safety concerns reveals Canada’s clear double-standard on the issue.

Canada isn’t alone in allowing biological males to serve their sentences in female prisons. California adopted a similar policy in January, leading to reports of abuse and even rape committed by trans prisoners in the state’s female penitentiaries.

Alix Aharon, founder of the Gender Mapping Project, which seeks to counter gender identity ideology, told RT that by allowing biological males in the state’s female prisons, California was “sentencing women, who have committed whatever crime, to the punishment of sexual violence.”