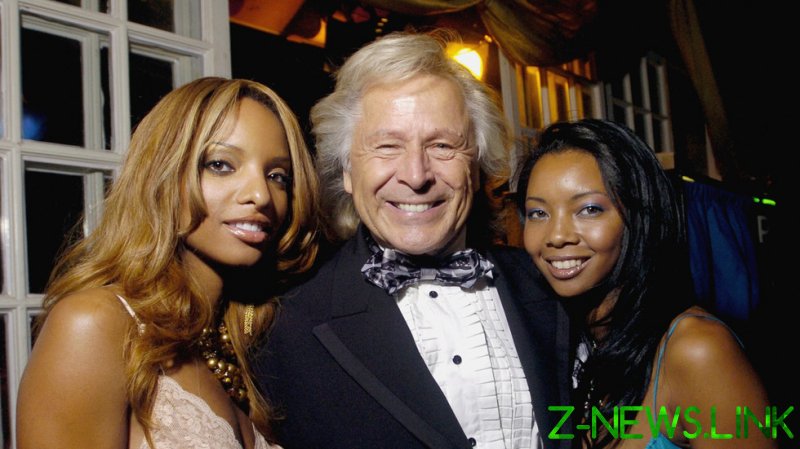 The Department of Justice announced on Tuesday that the 79-year-old faces charges of “racketeering, sex trafficking, and related crimes arising out of a decades-long pattern of criminal conduct involving at least dozens of victims in the United States, the Bahamas, and Canada, among other locations.”

Nygard is said to be friends with British Royal Prince Andrew, who has faced questions over his relationship with deceased financier and convicted sex offender Jeffrey Epstein, who was also accused of sex trafficking. Andrew reportedly stayed with Nygard at his mansion in the Bahamas in 2000.

Court documents say that Nygard specifically targeted women and girls under 18 who came from disadvantaged backgrounds and had a history of abuse. Nygard is said to have purportedly drugged women and girls before taking advantage of them and “sometimes forcibly” assaulting those who did not comply with his sexual demands.

He is also accused of intimidating and silencing his victims “through threats, false promises of modelling opportunities and other career advancement, financial support, and by other coercive means, including constant surveillance, restrictions of movement, and physical isolation.”

The Finnish-Canadian millionaire was arrested in Winnipeg on Monday and made a court appearance the next day. Nygard has denied all charges and his lawyer vows that his client will be “vindicated” in court. US authorities are currently seeking his extradition.

The indictment comes after 57 women filed a lawsuit in February against the fashion executive claiming sexual abuse. One plaintiff in the suit said Nygard raped her in 2004 when she was 16.

In late February, the FBI and NYPD raided Nygard’s New York offices as part of a sex trafficking investigation.

According to reports, his private parties bore a striking resemblance to the soirees hosted by Epstein, complete with a fake Mayan temple, a disco with a stripper pole, and showy animal sculptures – attractions reminiscent of Epstein’s infamous Lolita Island. Epstein died from apparent suicide while awaiting trial in prison last year. His associate, Ghislaine Maxwell, was arrested in July. She is currently trying to secure her release with a bail deal worth nearly $30 million.