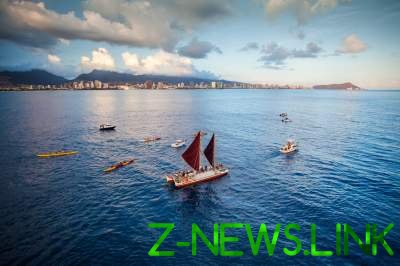 John Biden and his daughter Libi made up a three-month crossing the Atlantic in a motor boat. They overcame more than 6 thousand kilometers between Portugal and Antigua for 91 days.

The transition was implemented into personally constructed ship which was converted from a one to a double. During the trip, father and daughter followed each other in rowing, trying to move around the clock. When one worked the oars, the other rested, cooked or cleaned.

According to travelers, one of the most impressive parts of the trip was the presence of wild animals, which often accompanied the ship.

Original travel route ran in Miami, however, difficult weather conditions slowed the family team and forced to choose a different point of arrival.

57-year-old John Biden has previously made similar transatlantic crossings. He crossed the Atlantic ocean between the Canary Islands and Barbados and the Pacific between California and Australia, becoming the first man to make it alone. However, for his daughter this trip was the first.

It is noted that John Biden has British citizenship, but the last 15 years living in the South of the canadian province of Ontario.