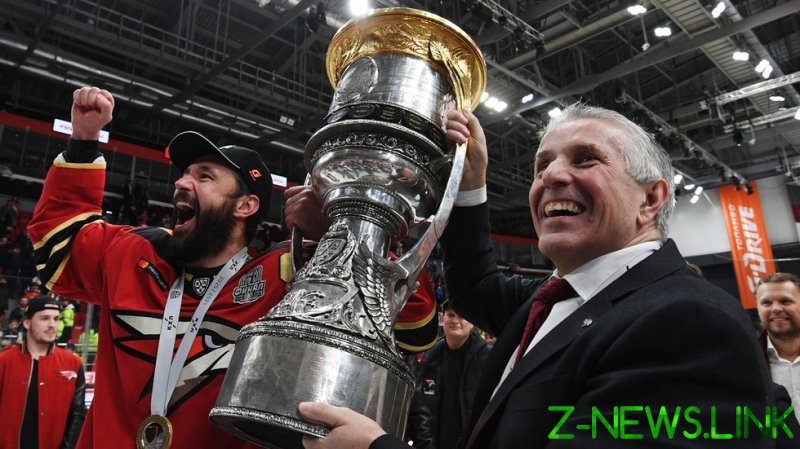 Former Stanley Cup-winning coach Bob Hartley has announced at a Monday press conference that he is to step down as coach of KHL team Avangard Omsk, four years after first linking up with the team.

The 61-year-old’s decision to leave comes shortly after his team were eliminated from the Gagarin Cup Eastern Conference semifinals by Metallurg Magnitogorsk.

Hartley took charge of Avangard Omsk in May 2018, succeeding Russian coach German Titov in the top job and reached the KHL playoffs in each of his four seasons in charge.

He also guided the team to the Gagarin Cup finals twice and, in the 2020/21 season, won the highly sought-after trophy.

Hartley is perhaps best known for winning the 2000/01 Stanley Cup while in charge of the Colorado Avalanche – an achievement he couldn’t quite repeat throughout the remainder of his time in the NHL.

Hartley was also the coach of the Latvian national team between 2016 and 2021.

In a message posted to Avangard Omsk’s social media pages, Hartley explained his decision to step down from the role in Omsk after several years in charge, and said that the time he has spent away from his family was central to his decision.

“Hockey gave me everything – and my family. Distance plays a key role, I am far from my family. I have wonderful granddaughters, and I have never unwrapped presents with them for Christmas, birthdays – not once in 4 years,“ he said in part, via translation.

“I’m not announcing that I’m retiring, hockey is in my blood. If the match in Magnitogorsk was the last, I will accept it,“ he added. “If there are options, I will consider them, but now I want to take a short break.

“I thank everyone I have worked with for the work, from my coaching staff to marketing. I wanted to go to Omsk. And I am grateful for these 4 years.“

Reports online indicate that Dmitry Ryabykin will take over from Hartley at the club.