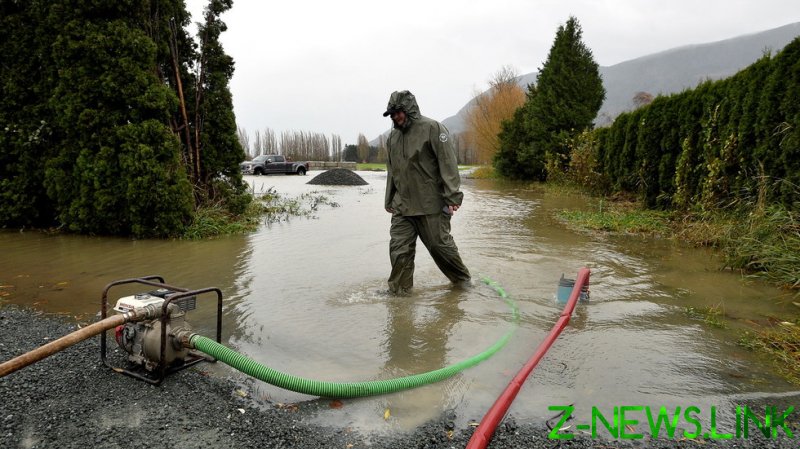 With floodwaters engulfing two of the city’s bridges across the Coldwater River and preventing access to a third, the city of Merritt announced on Monday that all residents must leave their homes for an indefinite period of time.

Some 7,000 residents were notified that the city’s wastewater treatment plant had “failed”  and that “flushing toilets or running a faucet at this time will result in it backing up into your home.”

The flooding has rendered Merritt’s Wastewater Treatment Plant “inoperable for an indefinite period,” according to the notice that went out to residents on Monday. “Continued habitation of the community without sanitary services presents risk of mass sewage back-up and personal health risk.”

Those with friends and family in nearby communities have been ordered to stay with them, while those without a place to go have been sent to Kamloops and Kelowna, two cities about five hours and eight hours away from Merritt by car, respectively.

Gas stations have been ordered to remain open to service the exodus. Those without their own transportation have been requested to meet up in a central “muster point” where buses will take them to their temporary shelter.

This is the second evacuation alert for Merritt in three months. On August 15, they were advised to leave based on the “increasingly aggressive fire activity from the Lytton Creek fire.” However, the wildfire notice did not include a requirement to leave the city.

Torrential rains have triggered mudslides across Canada’s western province this weekend, leaving as many as 150 people trapped along a stretch of highway along the Fraser River.

Merritt Mayor Linda Brown encouraged residents to “offer help to your friends, families and neighbors, drive safely, and take care of yourselves.” However, the dispersal order for residents without friends or family in the area requires neighbors to alternate via house number between Kelowna and Kamloops, placing Merritt’s “neighbors” some 9 hours away from one another.