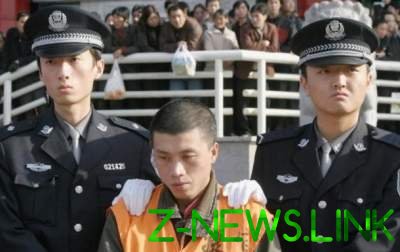 The defendant participated in the sale and manufacture of methamphetamine in especially large sizes.

A court in Sanmeng in southern China was sentenced to the Supreme penalty canadian citizen for drug trafficking.

It is noted that the defendant Fang Wei took part in selling banned psychotropic drugs on a large scale. The sentences were handed down 10 more accomplices, including a U.S. citizen, another four have passports of Mexico.

See also:  Back pain indicates the possibility of an early death - Scientists

According to the investigation, the gang was engaged in clandestine manufacture of methamphetamine, and also set up a network of shadow channels for its sales. Several of the attackers were sentenced to life terms and death penalty suspended for two years. The court also ruled to confiscate the property of fan Wei, who led the activities of the group.

See also:  China is filled with water: the country was hit by the abnormal rains

In China there are strict laws concerning drug trafficking. The maximum penalty for the production and sale of, for example, more than 50 grams of heroin can become the death penalty.