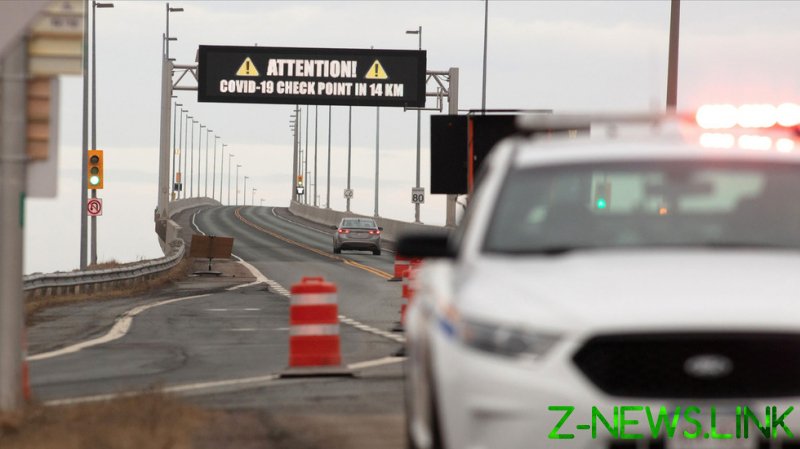 The new travel restrictions will take effect on April 19, and only people who need to enter Ontario to work, receive medical care or deliver goods will be allowed to cross the provincial borders, Premier Doug Ford announced on Friday. Ford also extended a stay-at-home order for Ontario residents to six weeks from four weeks and gave police new powers to ramp up enforcement of his pandemic restrictions.

The new provisions toughen Covid-19 lockdown rules that Ford described as already the strictest in North America. Outdoor gatherings with people from other households are banned under the new orders, and capacity limits for large retailers will be cut to 25% of normal. Indoor religious gatherings will be limited to a maximum of 10 people, and non-essential construction projects are being suspended. There are also new restrictions on outdoor recreational venues, such as soccer fields and playgrounds.

Ford called on Canada’s federal government to tighten control of international borders and further restrict air travel into the country. Canada set a new single-day record for new Covid-19 cases on Thursday, with 9,561. Nearly half of those cases were in Ontario, which is dealing with record Covid-19 hospitalizations as new variants of the virus spread.

“We’re losing the battle between the variants and the vaccines,” Ford said. “The pace of our vaccine supply has not kept up with the spread of the new Covid variants. We are on our heels. But if we dig in, remain steadfast, we can turn this around.”

While limits on gatherings and stay-at-home restrictions are nothing new for Canadians, shutting down provincial borders is seen by some observers as a bridge too far in infringing individual liberties.

“So can’t cross to other provinces… throwing out the Charter of Rights and Freedoms, Dougie?” one Twitter commenter asked. Mobility rights under the Canadian Constitution ensure that citizens and permanent residents may move to any province and pursue “the gaining of a livelihood” in any province.

But some Canadians can’t get enough of the new restrictions, as some observers wondered why Ford isn’t also banning travel between regions of Ontario, not just between provinces.