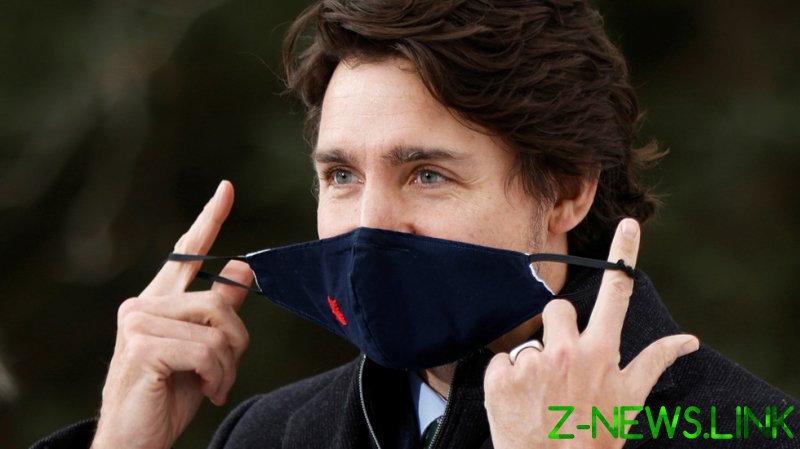 Last October, Canadian Prime Minister Justin Trudeau was asked about this. His reply didn’t address the specific claim at hand, instead he spoke generally of “noise and harmful misinformation on the Internet,” and bizarrely urged people to resist “people who would sow chaos within our communities and our democracy.” (I shudder to think which foreign interference he imagined.)

Earlier that month, Ontario member of provincial parliament (MPP) Randy Hillier had asked the province’s legislature about potential “internment camps,” referring to a federal government call for expressions of interest regarding “quarantine/isolation camps throughout every province and every territory in Canada.”

These camps fall under Canada’s Quarantine Act (2005), which specifies that the country can“designate any place in Canada as a quarantine facility.”

So fears of “being confined as a prisoner,” the standard definition of “internment,” can be laid to rest, right?

Well, while a temporary, mandatory, expensive hotel stay certainly isn’t the same as being kept in an internment camp, it is the 2021 plan for travellers flying to Canada, even if they “test negative” for Covid-19.

And many are rightly complaining that it is unlawful and goes against Canadians’ rights, including that those whisked away to secret locations are not given the right to legal counsel, much less right to contact families/friends.

At the end of January 2021, Canada decided to suspend flights to/from Mexico and Caribbean countries, and, effective February 3, implemented the three night stay-at-your-own-expense (or do jail time) hotel quarantine policy for travellers entering Canada with “positive tests” (or the “wrong” negative one). These rules were extended to travellers flying from the US, Central and South America as well.

Further, as noted in the government’s news release on these measures, a violation of the quarantine instructions “is also an offence under the Quarantine Act and could lead to serious penalties, including six months in prison and/or $750,000 in fines.”

Whereas until recently it was enough to provide a negative coronavirus test, now travellers to Canada must provide specifically a “negative COVID-19 molecular (PCR) test” or do hotel time at their own expense until receiving such a result.

These new measures have already been trialled on passengers who have recently flown to Canada.

As it later turned out, while the son had complied and done a Covid-19 test (two, actually, the antigen and the PCR), he only had the paperwork for the former, and unbeknownst to him, Canada demanded the latter.

He and others likewise sent to hotel prison could be forgiven for missing the January 7, 2021 Transport Canada update specifying that antigen tests would not be accepted. Just two months prior, Government Canada listed antigen tests as a test for Covid-19.

In Ontario some days later, a passenger (Steve Duesing) also arriving with a negative test was shuttled to an approved quarantine hotel, apparently itself isolated from the public, with a “detention centre feel to it,” to wait for the Government Canada approved test results.

In the latter case, there was an additional element of totalitarianism: according to McCullough, he and the woman in the next room he tried to speak with were allegedly both informed by the security guard that their quarantine period “would restart” if they didn’t stop talking about their experiences.

Rules for thee, but not…

The government paints its measures as precautions to limit the “spread” of Covid-19, but when numerous government officials themselves have repeatedly violated the regulations, it is clear that they don’t believe in the need for such rules.

This is not about “public safety,” but is about control of the populace.

“No one should be travelling right now. Each of us has a part in keeping our communities safe, and that means avoiding non-essential travel, which can put you, your loved ones, and your community at risk.”

However, let’s recall that Hadju three times in April 2020 flew “between Ottawa and her home in Thunder Bay,” at a time when she advocated that “now is not the time for gatherings with family and friends. Connect with others with a phone call or video chat instead.”

And actually, she did more of the same in the following months, amounting to at least 11 flights.

The PM himself violated “the rules” over Easter last year, when he took his family, staff and a motorcade across provincial lines to the summer residence (after telling Canadians to suck it up and stay home).

Time will tell if the PM, health minister, and cohorts in positions of authority also violate these newest measures.

The Government Canada page on the new mandate notes that travellers will need to do the PCR test on arrival to Canada (in addition to having already just done it in order to arrive in Canada in the first place). So, according to this logic (and I use that term lightly), even if one has jumped through the absurd 2020 hoops and adapted to the early 2021 hoops, they’ll still need to do expensive hotel time upon arrival in Canada.

In any case, since the PCR test being pushed by Government Canada has long been shown to be unreliable and generate false positives, it thus becomes quite plausible that Canada’s preference of that test is because it will generate more “cases” and thus rack up fear of the pandemic.

An aside: The $2000+ for the three-night stay at government-approved hotels goes towards, Government Canada says, the test, the stay, and “all associated costs for food, cleaning and security.”

And although stays at hotels near airports are never cheap, in this case the food seems to be bordering on prison fare. A photo of Duesing’s Radisson meal shows a skimpy sandwich in a styrofoam container.

On February 3, the Justice Centre For Constitutional Freedoms published an update that it is “preparing to file legal action imminently,” regarding Government Canada’s mandatory hotel quarantine, noting they had “received hundreds of emails” since Canada announced the new travel measures.

The Canadian Civil Liberties Association views these measures as an affront against civilians’ rights:

“The quarantine rules will almost certainly impact those who travel to care for ill relatives or attend funerals, those who travel to receive specialized medical care, and those who have health conditions that will make isolating in a hotel a particularly challenging and potentially dangerous proposition.”

In a follow-up video on February 3, McDonald reflected on the lack of accountability for her son’s detention, with no means to speak to anyone to ask for information or help.

Likewise, McCullough was met with vagueness during his unlawful detention of 11 days.

“When I asked the health nurse who I could call, they just answered, ‘the department of health’ … I had no rights. No one to call, no one was accountable, no option to do anything but go along.”

While Canada’s forced quarantine at travellers’ expense program has been temporarily paused, it is allegedly scheduled to rebegin in the weeks after February 14.

So yes, while these stories of being forcibly locked away with no access to lawyers are happening in hotels and not internment camps, the people being locked up aren’t citizens living under the shining democracy of Trudeau’s fantasy world.

Canadians are right to be worried about what comes next, including potentially outsourcing the 11 federally run (non-hotel) quarantine sites to a “third party service provider.”

As with the government’s other totalitarian Covid-19 policies, Canadians have no say in the matter, as their lives become increasingly controlled, and destroyed, by these policies.