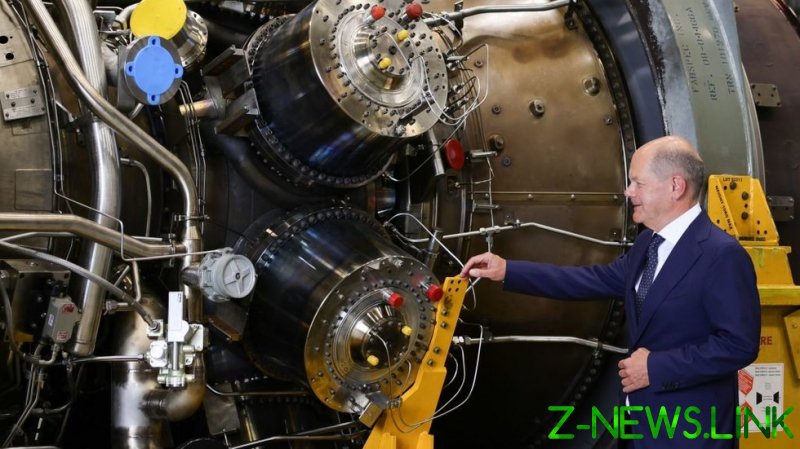 Canadian Foreign Minister Melanie Joly said on Wednesday that her government will ship the five turbines from Montreal back to Germany, despite demands from ethnic Ukrainians and Kiev’s ambassador in Ottawa to hold onto them. Joly revealed that the decision was made after a request from German Chancellor Olaf Scholz, who is currently visiting Canada.

“That was the decision that we took,” Joly said in an interview with the state broadcaster CBC. “That’s exactly what Germany asked us.”

“Canada doesn’t want to give any form of excuse to [Russian President Vladimir] Putin to continue to weaponize his flow of energy to Europe,” Joly told CBC’s Hannah Thibedeau.

Six Siemens turbines were in Montreal for maintenance when Canada announced an embargo against Russia over the conflict in Ukraine. At Germany’s request, Ottawa announced an exemption for the turbines in July, and sent one of them over, but Gazprom declined delivery, citing irregularities in documentation. 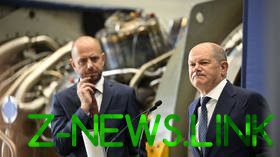 Scholz, who was in Ottawa this week to sign agreements on developing hydrogen power with his Canadian counterpart, Justin Trudeau, told CBC that the two countries would continue to cooperate on having the five remaining turbines returned.

“I think there is political understanding that we will cooperate, that we are friends and that we will not make it feasible that the Russian game is working,” Scholz told host Vassy Kapelos.

Ukraine and Germany have accused Russia of holding the EU hostage with gas deliveries. Gazprom has said it would fulfill all of its contractual obligations but cannot be faulted when the EU or Canada impose unilateral embargoes on equipment – such as the Siemens turbines for Nord Stream 1, a pipeline under the Baltic Sea that bypasses Ukraine.

Both Kiev and Canada’s ethnic Ukrainian lobby have protested the decision to return the turbines, saying that it won’t prevent Moscow from “terrorizing” the EU by withholding gas.

“We do think that this waiver should be canceled and now,” Ukraine’s ambassador to Ottawa, Yulia Kovaliv, told Canadian Press. Meanwhile, the Ukrainian Canadian Congress issued a statement saying it was “disappointing to our community that Canada missed the opportunity to cancel the permit during the chancellor’s visit.”

The price of natural gas in the EU skyrocketed this week, after Gazprom announced it would be shutting down Nord Stream 1 for repairs between August 31 and September 2. Nord Stream 2, which does not use Siemens turbines, has been completed – but is not operational, as Germany refused to certify it in protest over Russia’s recognition of Donetsk and Lugansk as independent states.