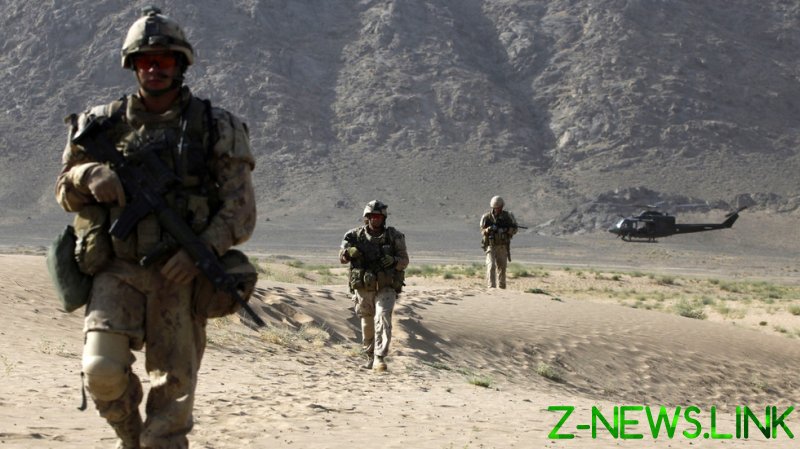 The special operators will work alongside British and American counterparts to ensure civilian personnel leave the country safely as fighting ramps up, unnamed Canadian officials told the Associated Press, CBC and Global News on Thursday night.

While the officials did not say how many troops will be sent, a source told CBC that the government does not plan a large presence, suggesting it would be smaller than Washington or London’s embassy deployments, which include 600 British 3,000 American soldiers.

A number of Afghan nationals who worked for the Canadian government, as well as their families, also hope to be evacuated along with Canadian citizens, but officials have not decided on where they should go, Global News reported. A planeload of Afghan workers was sent to Canada earlier this month amid the Taliban’s latest offensive, while the government says it’s resettled more than 800 Afghans over the last decade.

The rapid evacuations were ordered earlier on Thursday as Taliban fighters continue a relentless offensive across Afghanistan, seizing around a dozen provincial capitals over the last week, including Kandahar on Thursday, the country’s second-largest city and formerly the home of Canada’s military mission.

Later in the evening, a Taliban spokesperson declared the militant group had also captured Lashkar Gah, capital of Helmand province, claiming the major southern city is now “under the complete control of the mujahideen” and that large numbers of government troops had surrendered after suffering “heavy casualties.”

READ MORE: UK to send 600 troops back to Afghanistan to aid evacuation

After a week of rapid gains, the Taliban now controls around two-thirds of Afghanistan, stoking fears it could soon threaten the national capital of Kabul. Early on Thursday, the group seized Ghazni city, an important strategic checkpoint between Kandahar and Kabul, putting its fighters within 80 miles (128km) of the capital.

Before largely withdrawing in 2014, Canada kept around 40,000 soldiers stationed in Afghanistan for 13 years as part of a joint NATO mission, though its troop levels paled compared to the more than 100,000 US soldiers deployed at their peak during the Barack Obama administration.

Twenty years after the invasion, an American withdrawal is also moving ahead, with the Pentagon stating last month that the exit is more than 90% complete. While the US has stepped up airstrikes on the Taliban in recent weeks, they have done little to slow the group’s advance. Nonetheless, anonymous US officials recently told the New York Times that a fresh bombing campaign may be in the cards should Kandahar or Kabul fall, suggesting US combat operations in the country could continue beyond President Joe Biden’s September 11 withdrawal deadline.