Canada does not recognize Russian passports.

Canada supports the decision of the government of Ukraine does not recognize Russian passports issued with violation of international law the citizens of Ukraine, primarily to residents of the temporarily occupied territories of Donbass.

“This (issuing of passports – ed.) is a part of a hybrid of aggression and she will answer – in particular, at the level of advanced countries in the world. This position was expressed by the foreign Minister of Canada Chrystia Freeland during our meeting in Kiev”, – said in the message.

See also:  Rozenko said one of the Ukrainians could lose benefits

“Canada does not recognize Russian passports issued in Crimea, and could extend this practice to other uncontrolled Ukrainian government territory,” – said Groisman also.

He stressed that the partners admit that Ukraine is defending not only their own, but the world’s democratic values.

Earlier today, Groisman said that the Russian passports, which Moscow intends to give to the Ukrainians – in the first place, living in occupation in the East of Ukraine, Kiev official will be considered illegal.

See also:  The CEC summed up the results of elections in foreign County

Today also it became known that the foreign Ministers of the countries of the European Union, which on may 13 will begin a two-day meeting in Brussels, among other issues, will consider the decision of Russia to give out passports to citizens of Ukraine. 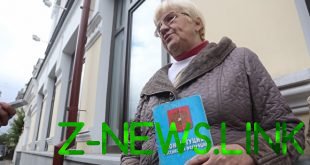