Home / WORLD / Can you beat a lion or a grizzly bear in a fight? YES, say a number of Americans in new survey 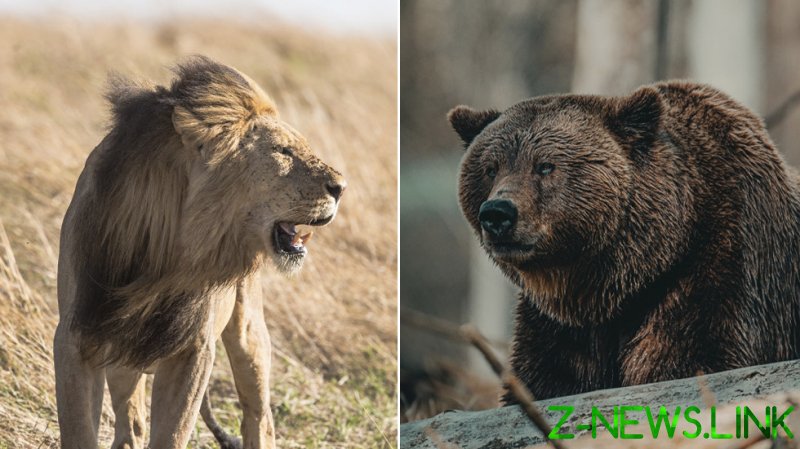 The results came from a Thursday YouGov survey which asked 1,224 adult Americans how confident they would feel about defeating certain animals in an unarmed clash.

Rats, cats, and geese were the least threatening to Americans, with 72%, 69%, and 61% of people respectively thinking they could win in a duel, while medium sized dogs came fourth – though only 49% of people were confident about winning the fight.

The animals that Americans were the least confident about beating in a fight, however, were gorillas, elephants, and lions – all tied at 8% – and grizzly bears (6%).

Whereas a majority (60%) of men thought they could take on a medium-sized dog, a majority (61%) of women did not.

Many social media users were shocked by the results – including both the small number of people who thought they could take on bears, lions, elephants, and gorillas, and the bizarrely large number of people who felt that small animals like a rat or a house cat would be too hard to defeat.

“Who are the 24% of men who think they couldn’t beat a rat?” questioned one person, while another asked, “In what world would you be able to win against an elephant at all. it doesnt make sense.”