Home / WORLD / Can we gamers all agree Bobby Kotick should be fired?

Can we gamers all agree Bobby Kotick should be fired? 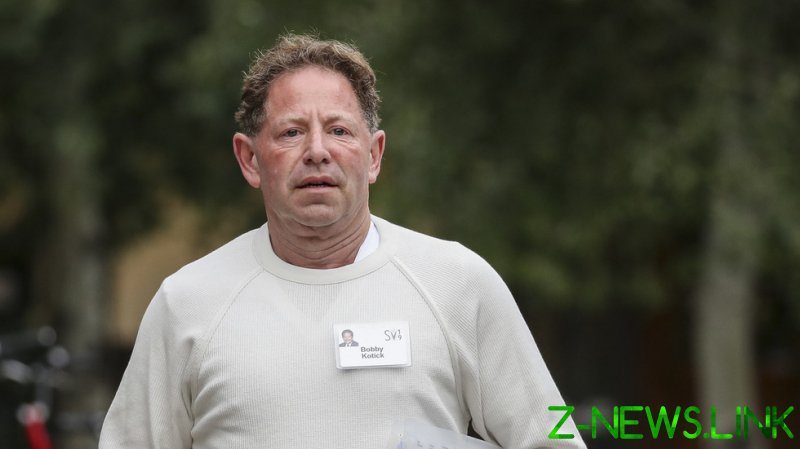 The company has long drawn the ire of gamers for its anti-consumer practices, but amid a seemingly never-ending torrent of harassment and sexual abuse scandals, the once impenetrable company is now taking on too much water, and it would benefit everyone if its captain was thrown overboard.

During the summer months it was announced the California Department of Fair Employment and Housing was suing Activision Blizzard because of a workplace culture which abused and underpaid its female employees. As with all things of this nature, it was immediately difficult to tell what was legitimate and what wasn’t, but as the months have worn on, and as more and more revelations are being made, it’s looking like the company was indeed keeping an unsettling amount of skeletons within its closet.

According to a number of reports, all kinds of improper behaviors were occurring throughout the company’s many studios. On one end of the spectrum it appears rape jokes and other lewd comments were commonplace, but on the darker side of things, it’s alleged that higher ranking men would grope female subordinates.

Apparently some developers at Blizzard would also enter a room intended for breastfeeding mothers just to ogle.

Worse still are accounts of rape and suicide. According to the lawsuit brought forth in California, a female employee took her own life after a photo of her nether regions was allegedly shared throughout the office by her male supervisor.

As it pertains to rape, the CEO is said to have stepped in to bury such incidents. That latter point comes from a report by the Wall Street Journal which claims Bobby Kotick actively buried rape allegations while offering out of court settlements without informing the board of directors. Those moves are part of the reason he’s been subpoenaed by the Securities and Exchange Commission.

This is a tricky situation to write about because when covering accusations of sexual abuse or harassment of any kind, there’s always a concern that not everything is honest on the part of the people making the allegations, and no doubt, within the ‘Me Too’ era, people have lied for a number of reasons. Therefore, as stuff keeps piling up at Activision Blizzard I find it important to note that not everything will be true, or fairly represented, especially in incidents that involve large amounts of booze.

With all that in mind though, I do believe there’s far too many accounts for every single one to be false, and I find there’s a clear enough picture to declare that the company has a problem, and to fix it, a complete corporate overhaul is necessary.

In the past few months there have been laughable attempts at PR. In one instance a painting found in-game in World of Warcraft was altered, changing a barely-dressed woman into a literal fruit bowl, – and no, I am not kidding, – and in another instance a character in Overwatch received a new name because he’d been named after a developer who now finds himself under fire.

Not to state the obvious, but none of that makes any meaningful change, and if anything it undermines the entire situation by turning it into a point of mockery. I mean come on, fruit bowl. Really?

The bad PR is just one of many signs that not enough is being done to address a systemic problem within Activision. Sexy women in games aren’t the problem, poor leadership is, and Kotick is proving himself a very poor leader.

Something everyone can see as even the executives at Microsoft, Sony, and Nintendo all felt the need to step in front of the light to comment.

The president of Nintendo of America, Doug Bowser, said the news was “distressing,” president and CEO of Sony Interactive Entertainment Jim Ryan said Activision hasn’t properly addressed the harassment, and Xbox executive Phil Spencer stated he was evaluating all aspects of his relationship with Activision Blizzard.

Consider that, in an industry as symbiotic as the gaming industry, individuals holding much of the power had to speak up about what is occurring at Activision Blizzard. That’s a shocking move in its own right, and I don’t believe Bobby Kotick can recover from this, nor should he be allowed to.

Far too much has occurred under his watch. He had years to get on top of this, but instead he chose to do next to nothing. In my eyes, he’s no different than the people who knew about Harvey Weinstein or Jeffrey Epstein and who chose to stay quiet because maintaining those relationships carried too many benefits. And I say that knowing Kotick actually appeared in Epstein’s little black book.

The truth of the matter is that Bobby Kotick is a bad leader and he should be fired, the victims of Activision Blizzard deserve at least that much.