Home / WORLD / ‘Can I talk to you about our Lord and Pfizer?’ – Biden’s plan to send vaccine missionaries to Middle America is biblically stupid

‘Can I talk to you about our Lord and Pfizer?’ – Biden’s plan to send vaccine missionaries to Middle America is biblically stupid 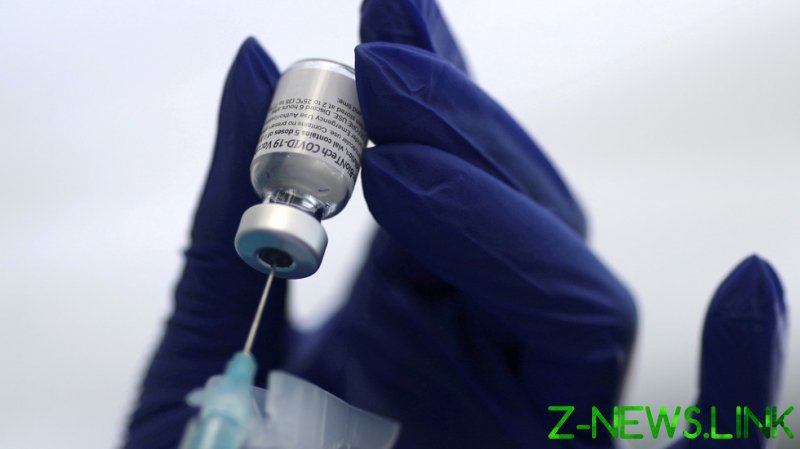 The Biden administration’s new plan to boost vaccination numbers by sending “surge teams” into Covid “hotspots” has the potential to go down in history as the worst public health mistake in US history. One that makes the many mistakes that have been made during the pandemic – like keeping people locked up indoors when obesity is the number-one risk factor, or barring children from seeing their friends despite mounting evidence loneliness is driving them to suicide – seem almost mundane. Unless President Joe Biden is nostalgic for the days of Ruby Ridge and Waco, lusting after a time when anti-government extremism was a real thing instead of a weird pantomime performed with Legos, things are likely to go very far south indeed under this program.

While Biden was threatening gun owners with nuclear weapons earlier this month (seriously), he was also – along with White House spokeswoman Jen Psaki – confirming Washington literally planned to send individuals from house to house ensuring everyone’s had their vaccine. “Community by community, neighborhood by neighborhood, and sometimes knocking on doors,” in the president’s words, even though their “targets” have for the most part have indicated they aren’t interested in the jab. That’s nearly half of unvaccinated Americans “just saying no,” according to the Associated Press and NORC.

But all the president can see is the elusive 70% figure of herd immunity he was convinced he could get by the Fourth of July, plus a yawning “vaccine gap” in which the most heavily vaccinated areas have grown to nearly a third more jabbed inhabitants than the least vaccinated – a chasm that is supposedly growing further.

It has apparently not occurred to Biden or Psaki that the unvaccinated may wish to remain so. After being smeared as ‘deplorable,’ racist, toothless terrorists who believe the South won the Civil War and ketchup is a vegetable, one can hardly blame some on the political right having a few questions about the motives of a Democratic government that has made it clear it views them almost exclusively as barriers to progress. In this case, the mere appearance of government agents unbidden in the driveway is likely to end in tragedy, whether they’re there to vaccinate or to remove a firearm or three.

Multiple risks are combined in the nuclear-level bad idea of sending barely trained individuals from the city (perhaps the suburbs) into the heart of rural America. This is unfamiliar territory to the average liberal activist, an area where the nation’s largest concentrations of gun owners and Covid-unvaccinated individuals live. Why would they suddenly change their minds about the jab and the government, just because someone from the government turned up on the doorstep to talk about the jab?

In a painful plot twist that seems designed for maximum carnage, these two groups: gun owners and the unvaccinated, among which there is significant overlap, have just been told their president has declared war on their right to keep and bear arms. The recent announcement by the Biden administration that “gun violence” will get a boost, criminally speaking, with stricter sentences imposed across the board for those caught illegally buying, selling, or just owning certain firearms (actions which were, for those keeping track, already illegal for the most part), really couldn’t come at a worse time.

OK, but surely no one’s about to shoot some scrawny little contact tracer who’s showed up with a bunch of literature about vaccines, no matter how unwanted? Heartland-dwelling Americans aren’t the monsters they’re painted as by bitter coastal liberals, and contact tracers are unlikely to be packing heat. One imagines them to be more like Mormons, overly earnest in spreading the Book of Moderna, but unlikely to hold a person down and force a needle into their arm.

But the problem isn’t just concern about mobile vaccinators – it’s a very real concern that some American gun owners won’t take kindly to government representatives showing up, fearing they may be there to take those guns (bearing flat-out silly tautological policies like “gun violence is responsible for rising crime”). There will be no way to immediately tell whether that knock on the door comes from Biden’s warm and fuzzy Moderna Mormons or Kamala’s very scary gun grabbers, and that’s a big problem for either group.

Biden and Harris have long waxed lyrical about their desire to cancel the Second Amendment, which guarantees American citizens the right to bear arms. The president’s most recent outburst about gun violence as a national emergency has many people worried, and expecting Middle America to guess whether the federal government representatives beaming at them from their nondescript white van mean to sign Grandma up for a vaccine at the nearest clinic or to confiscate Dad’s gun collection is asking for trouble – not least because, if you’re convinced a horde of government thugs are coming for your arsenal, you might expect them to gain entry through trust – say, by faking that they’re a bunch of innocuous contact tracers. Denying these mobile vaccination teams have some ulterior motive won’t do any good with those already suspicious of the government. The American media exhausted its goodwill with most of the country long ago, and that issue is far from limited to conservative Middle Americans.

While most families would probably send the vaccine-pushers on their way with little more than a stern “no thank you,” that’s no longer a guarantee as the numbers of angry people swell day by day with resentment over lost business, lost profits, lost family members, and (once the eviction moratorium ends) what are likely to be hundreds of thousands of lost homes. These people, pushed to the edge by inept governmental Covid-19 regulations, are unlikely to make a distinction between contact tracers and anyone else, given the virus and this nation’s obsession with it have contributed so much to their suffering. Given the way Biden has decided to announce both plans at the same time, some may not feel the need to make a distinction between government agents coming for their guns or their bodily integrity.

If the Biden administration really plans to send out “Covid surge response teams” to somehow convince the vaccine-hesitant they actually want the jab after all, it’s not too late to mothball that idea. With the American political divide yawning larger than it has in decades, thanks in large part to the interparty loathing ginned up by a ratings-starved news media, continuing down this path is only going to get people hurt.