Can he say it? Canada’s Trudeau confuses internet with newest acronym for sexual minorities, 2SLGBTQQIA+ 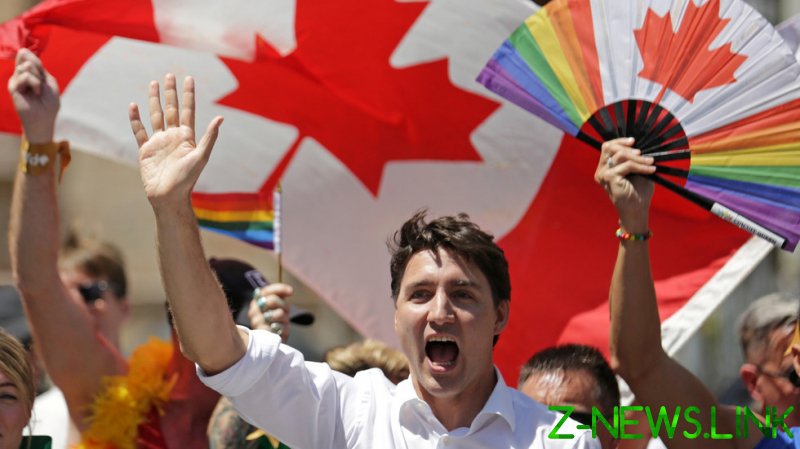 “People across the country are lighting candles to honour Indigenous women, girls, and 2SLGBTQQIA+ people who are missing or have been murdered,” Trudeau tweeted on Tuesday, urging an end to the “ongoing tragedy.”

The message, however, appeared to be lost on a sizeable portion of netizens who struggled to decipher the cumbersome and seldom-used acronym – which stands for: Two Spirit, Lesbian, Gay, Bisexual, Transgender, Queer, Questioning, Intersex, and Asexual people, with a plus-sign added for good measure to cover any potentially overlooked groups.

“I honestly have no idea what 2SLGBTQQIA+ means,” one perplexed commenter tweeted, while another requested a translation: “I am asking unironically, what is 2SLGBTQQIA+?”

Many of those unfamiliar with modern wokespeak were in disbelief that such a convoluted acronym could be a real thing. One observer suggested that Trudeau might have accidentally dropped the nuclear codes for NORAD [The North American Aerospace Defense Command]. More mundane guesses included a wayward cat walking across the Canadian PM’s keyboard at the wrong time, an inadvertent reveal of a Wi-Fi password, or “a video game cheat code.”

Others questioned Trudeau’s own understanding of the term, challenging him to actually verbalize it publicly – a feat that might prove difficult for the Canadian leader, who mangled the much-shorter LGBTQ2+ acronym just last month.

“I will never apologize for standing up for LGDP, uh, LGT, LBT…,” Trudeau stammered before an aide helped him. The clip has since gone viral.

While it remains to be seen if Trudeau will attempt to utter the challenging tongue-twister in future comments, some celebrated what appeared to be the acronym’s official debut into public space. “The 2SLGBTQQIA+ movement grows stronger by the day. Just absorbing the power of the alphabet with no obstruction,” one user quipped.