Home / WORLD / Can a Biden presidency put an end to Russiagate, or will Democrats continue to wield Neo-McCarthyism to consolidate power?

Can a Biden presidency put an end to Russiagate, or will Democrats continue to wield Neo-McCarthyism to consolidate power? 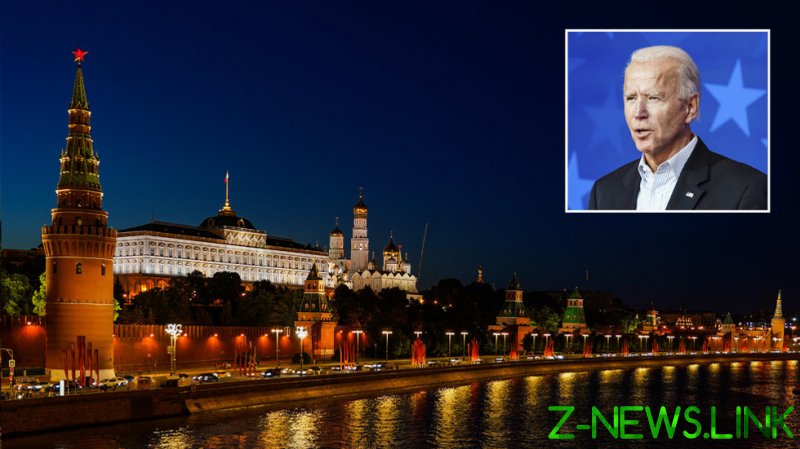 Despite the hysteria it unleashed in the press, Russiagate didn’t reveal any actual collusion between US President Donald Trump and the Russian government, although it did expose how democratic institutions are threatened by corruption in the political-media class. What happens when the anti-Russia barrage is used to target the political opposition?

The information war between the West and Russia inevitably tears away at democratic institutions. The anti-Russia foreign policy consensus, cultivated throughout the Cold War, has been one of the few areas enjoying bipartisan support. The absence of counter-perspectives enabled a rot to fester in elite circles as accusations against Russia go unchallenged.

What would happen if a political leader broke with the foreign policy consensus? In 2016, this question was answered as Trump ran on a platform of getting along with Russia and even questioning the necessity of NATO, a military bloc designed to contain an adversary that no longer exists.

Hillary Clinton saw an opportunity to discredit Trump by concocting a conspiracy theory. Declassified notes prove that CIA Director John Brennan briefed then-President Barack Obama about how Clinton fabricated the Russian-Trump conspiracy theory as “a means of distracting the public from her use of a private email server” and “to vilify Donald Trump by stirring up a scandal claiming interference by the Russian security service.”

The source of ‘Russiagate’ was the infamous Steele Dossier. In 2016, the Clinton campaign hired Fusion GPS to find dirt on Trump, which was subcontracted to former British spook Christopher Steele. What could possibly go wrong with hiring the former head of the Russia Desk at MI6, with a job description that also entailed disseminating disinformation?

Former National Security Agency Technical Director Bill Binney proved that the Democratic National Committee servers were never hacked, and the Mueller report drove the final stake through the heart of the Steele Dossier. Yet, Steele’s outrageous claims based on hearsay and third-hand gossip should have been dismissed immediately.

An ongoing investigation explores why the FBI and CIA did not reject the flawed report. In his congressional testimony to explain how this fake dossier led to the surveillance of Trump, former FBI Director James Comey claimed 245 times that he “can’t recall,” “can’t remember,” and “doesn’t know.” Yet, the narrative of Russiagate lives on, as much of the media wants it to be true.

Any opposition to the narrative could be dismissed with an ad hominem attack and accusations of carrying water for Putin. The political left – traditionally skeptical of the intrusive influence of the security state and a compliant media manufacturing consent – reinvented itself by denouncing criticism of the CIA as blasphemy and demands for press accountability as an attack on democracy.

The Biden laptop scandal, breaking immediately before the presidential election, sparked a swift return to the old Russiagate formula. The pay-to-play corruption scheme of the Biden family was not the most interesting revelation; rather, it was the rapid response of the security state and the media.

The story began when Hunter Biden, Joe’s son, left his laptop at a computer repair shop for over 90 days, and ownership of the laptop was then transferred to the repairman in accordance with the agreement. The technician, concerned about the content, contacted the FBI. Due to the lack of response, the technician then sent a copy of the hard drive to Rudy Giuliani, the former mayor of New York and current lawyer of Trump. Giuliani shared some of the content with the New York Post, which published the alleged evidence of corruption.

Thus, Facebook and Twitter could then refer to the media reports dismissing it as a Russian disinformation campaign. Subsequently, the circular reporting created a false confirmation. Fifty former intelligence officers who signed a letter claiming the incident was probably Russian disinformation further substantiated this narrative.

Unlike the first Russiagate, the narrative of Russiagate 2.0 simply made no sense. Never mind the lack of any evidence – there was not even a theory. This time it was not even possible to invent a hypothetical situation where Russia played a role. It is proven that Hunter Biden handed the laptop to the repairman, and the repairman handed the content to the FBI and Giuliani. The accusation of ‘Russian disinformation’ made little sense when the material is real and there is no possible role for Russia in the scandal.

Can the democratic process be restored?

Democracy demands that the process is more important than the outcome. Yet, this logic was challenged with the premise that a Trump presidency entails the dismantlement of democracy. Then the end justifies the means, and journalists increasingly deemed their responsibility to report in a manner that would bring down a man they see as an ‘Orange Hitler’.

With the return of the old guard, the utility of the Russian boogeyman in US politics can come to an end. Can the Humpty Dumpty of democratic institutions be put together once Trump is removed, or will the goalpost merely be moved by going after future Trumps?

Jill Stein, Bernie Sanders, ‘Moscow Mitch’ McConnell, and Tulsi Gabbard have all been accused of the grave crime of being agents or stooges of the Kremlin for failing to fall in line. Whistleblowers and publishers like Edward Snowden and Julian Assange were denounced by security institutions and the media as Russian agents.

Will a Biden presidency put an end to Russiagate and restore democratic institutions, or intensify the neo-McCarthyism of the past four years to consolidate power?