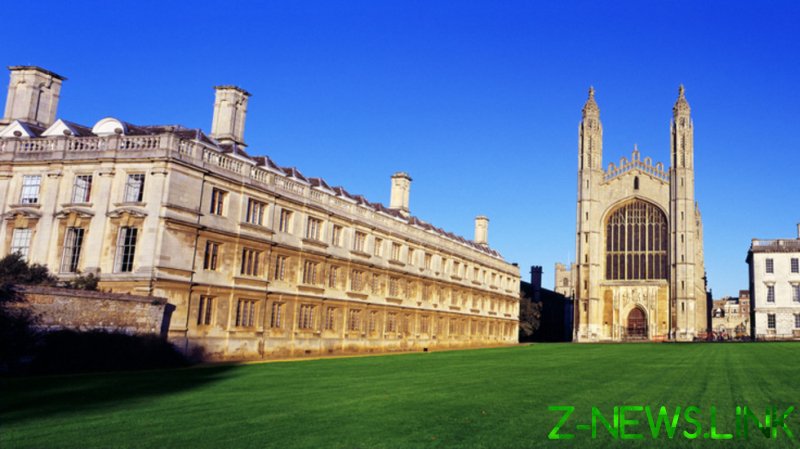 The project, reportedly paid for by a £80,633 grant from the taxpayer-funded UK Arts and Humanities Research Council, will apparently expose authors who have been “offensive to historically enslaved, colonised or denigrated people”. It is being conducted jointly with the University of Florida, and has also received funds from the National Endowment for the Humanities in the US, according to the Daily Mail.

This list reportedly includes Laura Ingalls Wilder, the author of the 1935 book ‘Little House on the Prairie’, for “stereotypical depictions of Native Americans”. Also included is Dr Seuss creator Theodor Seuss Geisel over “overt blackface” and other cultural insensitivities, while ‘The Wonderful Wizard of Oz’ author L. Frank Baum has been pulled up for the “white supremacy” featured in his 1906 short story ‘Bandit Jim Crow’.

The archive, at the university’s Homerton College, is being reviewed prior to the collection being digitised. Online versions of the texts will have content deemed harmful flagged and warnings will be placed at the beginning of each work, the Daily Mail noted.

According to funding documents accessed by the outlet, there are ongoing problems with the history of “demeaning terms” relating to “disability and indigenous cultures”, as well as regarding immigrants to modern America and Britain.

Claiming it would be a “dereliction of our duty as gatekeepers” to permit “such casual racism”, the college noted that its dual aim was to make the collection “less harmful” and to “showcase diversity” instead of a “history of oppression”.

Earlier this year, there was widespread condemnation and a shopping frenzy on Dr Seuss books after Penguin Random House announced it would stop publishing six works by the author on account of the “hurtful and wrong” stereotypes the publisher said they perpetuated. Sales of the book ‘McElligot’s Pool’ on Amazon soared by 5.78 million percent over a 24-hour period, while another nixed work, ‘If I Ran the Zoo’, saw sales increase by over 835,000 percent.

Meanwhile, the cultural preservation society English Heritage was accused of “cancelling” iconic author Enid Blyton in June, after editing her biography on its website to highlight the alleged “racism, xenophobia and lack of literary merit” of her works. The revision was made during a Black Lives Matter-inspired review of its ‘blue plaque’ commemoration scheme.

Blyton has been a staple in the children’s-reading sections of British libraries since the 1920s, and is best known for her widely read Noddy, Famous Five and Secret Seven series. However, the charity said there was a “need to ensure that the actions and the legacies” of those commemorated were “told in full” and “without embellishment or excuses”, in order to “encourage debate and reflection on the sometimes painful issues they raise.”