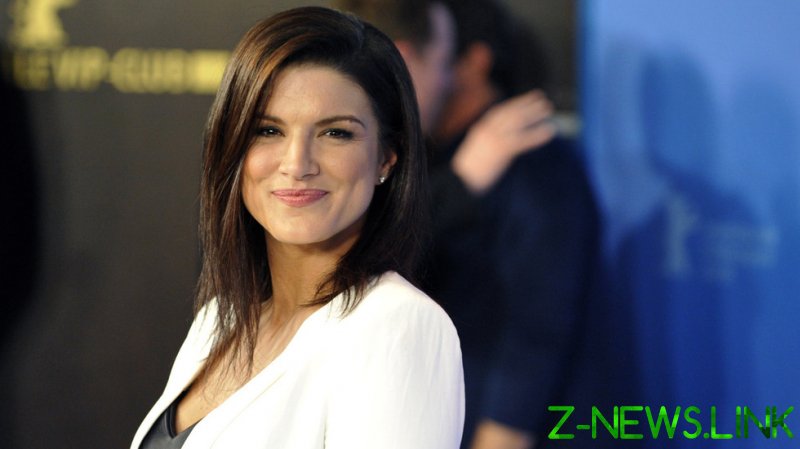 Carano took to her Instagram story on Wednesday with a shared post from another user, referencing the plight of Jews living under the Third Reich and drawing a broader point about the persecution of political opponents.

“Most people don’t realize today that to get to the point where Nazi soldiers could easily round up thousands of Jews, the government first made their own neighbors hate them simply for being Jews,” the post said, adding “How is that any different from hating someone for their political views?”

The message, initially posted from the account of the ‘Warrior Priest Podcast,’ soon triggered an explosive reaction on social media, sending #FireGinaCarano into the Twitter trends as netizens piled on the actress and called to have her booted from the popular ‘Star Wars’ spin-off series.

A common charge from Carano’s Twitter critics – as well as some entertainment media – suggested that she compared “the holocaust to being a Republican,” although the post made no mention of Republicans, Democrats, or indeed anything specific to American politics. Some detractors took even more creative license, accusing Carano of “defending Nazis” – on what grounds remains a mystery.

Others launched a barrage of buzzwords at the actress, arguing the latest controversy merely showed what a “transphobic,”“anti-mask,”“alt right,” QAnon-believing “Trump supporter” Carano is, urging ‘Mandalorian’ director Jon Favreau to fire her for any of the above transgressions. Sharing “anti-Semitic images,” apparently, is now at the top of the list.

Some observers pushed back on the righteous indignation, however, with comedian and pundit Tim Young arguing that those demanding Carano’s cancellation only proved her point about the dangers of political prejudice.

“They hate her for her opinion and believe she doesn’t deserve a job or to even exist in their society,” he said.

An outspoken conservative, Carano is no stranger to online rage mobs, previously triggering calls for her firing after posting memes that mocked the use of face masks as a precaution during the Covid-19 pandemic. Her support for former president Donald Trump, as well as her apparent endorsement of his repeated claims of widespread fraud in the 2020 race, have also earned the actress scorn from opponents. Nonetheless, so far neither the Walt Disney Company nor the ‘Mandalorian’ team have signaled any intention to fire Carano, despite the frequent and vocal demands to do so from cancel-happy Twitter users.