Became known date of the beginning of sales of the new flagship smartphone Samsung Galaxy Note20, before the premiere of which is less than a month. Cell phones will be out before the end of the summer, but at this point it is not clear, it concerns the global market or only in South Korea. 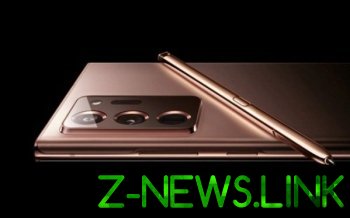 The announcement of Samsung Galaxy Note20 held on August 5, 2020, and sales of these phones will start on August 21. It is, as in the case of the S20 will be a whole range of mobile phones, consisting of three models – Note20, Note20+ Note20 and Ultra. The main difference will be, as usual, the cameras and the dimensions of the screen, but the design will take one and the same. By the way, externally, the Samsung Galaxy Note20 will differ from the line of Note 10, by and large, only the style of the back camera module and, if lucky, the color options.

The main feature of the series, a proprietary stylus S-pen, of course, will remain as a common “square” design because the rounded shape is the only S-series and the cheap models of the line A. In characteristics between Samsung Galaxy Note20 and S20, released in February of this year, the special difference will not be, since nothing new in terms of iron during this time does not appear, unless there is hope to see Note20 new Qualcomm 865+.