Home / WORLD / ‘Call off the recount!’ Trump slams Georgia’s vote recount as a ‘WASTE OF TIME’ without signature matching & audit

‘Call off the recount!’ Trump slams Georgia’s vote recount as a ‘WASTE OF TIME’ without signature matching & audit 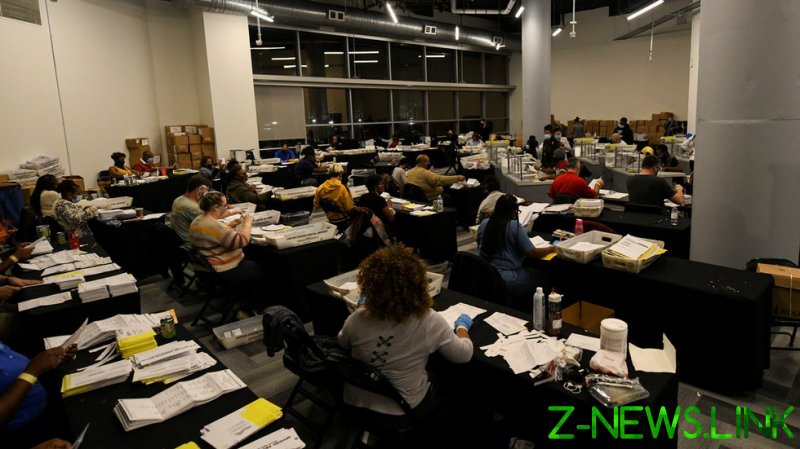 “They are not showing the matching signatures,” Trump said Saturday on Twitter.

Trump is counting on recounts and legal challenges to secure victory in the November 3 election, which he alleges was rife with fraud by voters and local officials. Media outlets declared Democrat rival Joe Biden winner of the election a week ago.

Georgia had one of the most hotly contested races, with Biden leading the initial count by just 0.3 percent, or about 14,000 votes. Republican Secretary of State Brad Raffensperger earlier this week ordered a hand recount of the nearly 5 million votes cast in Georgia, which would be the largest such review in US history.

Trump also said his poll watchers and observers weren’t allowed into Georgia’s counting rooms, which he added would justify a successful legal challenge. “We win on that alone,” he tweeted. Twitter attached warnings to both of his messages, saying his claims about election fraud were disputed.

Georgia Republicans said Friday that ballots weren’t actually being audited, and observers weren’t being allowed to watch the process. Georgia’s two US senators, Kelly Loeffler and David Perdue, both Republicans, have called on Raffensperger, also a Replublican, to resign for “failing to deliver an honest election.”