Home / Game / Call of Duty: WWII will appear one of the classic card series

Call of Duty: WWII will appear one of the classic card series 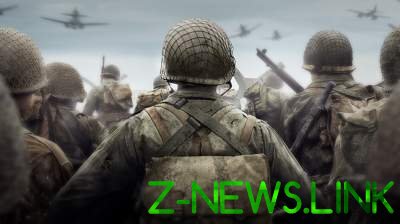 At Paris Games Week 2017 Activision has announced that Call of Duty: WWII will appear one of the classic cards series — Carentan. Location show in the latest trailer.

Multiplayer map Carentan debuted in the very first Call of Duty, and then moved to Call of Duty: United Offensive and Call of Duty 2. The level is named after the French town of Carentan. Just a few days after the Normandy invasion is fought by American and German troops.

Call of Duty: WWII again, you have to fight among the ruined buildings and fortifications, the street of Carentan. According to the authors, the card offers an extensive outdoor area with great sniper positions, and the house is perfect for skirmishes in the melee.

For those who have purchased the season pass, Carentan will be available immediately after the release of Call of Duty: WWII. Judging by the wording, and later the map will give all owners of the game.

The trailer also announced the date of release of the first DLC for Call of Duty: WWII. The extension Resistance will affect France, Czechoslovakia and Poland and will start on 30 January 2018. First exclusively on PlayStation 4.