Call of Duty maker admits content was ‘insensitive’ to Muslims 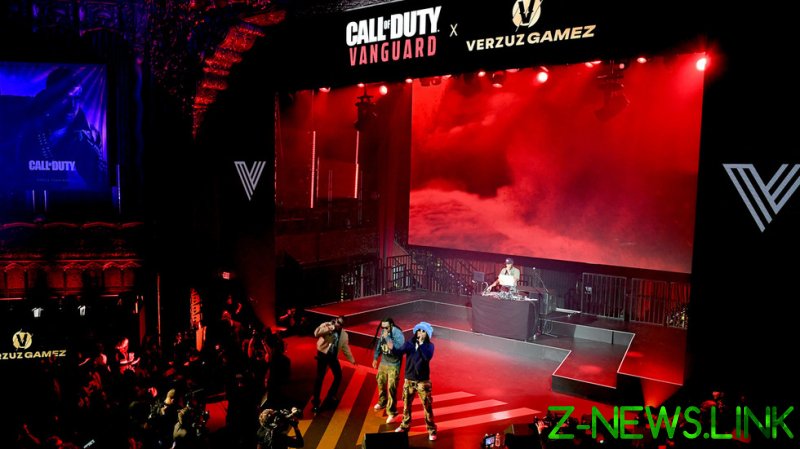 The gaming giant caused anger among the Muslim community this week over ‘Call of Duty: Vanguard’, the newly released 18th installment of the popular first-person shooter series. The Stalingrad map in the game’s Zombies mode featured pages from the Koran scattered on a floor, with some of them soaked in blood.

The imagery was considered deeply offensive by many Muslim gamers. Islamic adherents are required to treat the Koran with utmost respect, and some Muslim countries treat the deliberate desecration of the holy book as a form of blasphemy punishable by imprisonment.

Many players threatened to boycott the game, and the hashtag #NoCallOfDuty trended on Twitter.

Activision-Blizzard issued an apology on Thursday, calling the content “insensitive” and stating that it was included by mistake. “It should never have appeared as it did in [the] game; we deeply apologize,” it said in a statement published in Arabic. The Koran pages on the map were subsequently replaced with blank sheets, gamers noticed.

A similar scandal happened in 2012 with another Activision game, ‘Modern Warfare 2’. It featured a multiplayer map on which paintings hanging in a restroom – one near a toilet – had frames decorated with verses from Hadith, a core part of the Islamic scripture. The publisher pulled the map from rotation before removing the offensive content and apologizing to Muslims.

Activision-Blizzard is no stranger to controversy. The company was hit by a high-profile scandal in July, when it was slapped with a lawsuit alleging it allowed an atmosphere of sexual harassment and gender discrimination to fester in its offices. It triggered walkouts by employees, led to barrages of negative media reports, and forced the multibillion-dollar gaming behemoth to make changes among its executives.

Amid the scandal, the company even purged in-game references to disgraced former employees from its products. Last month, it fired 20 workers in a bid to “earn our team’s confidence that, when they speak up, they will be heard.”