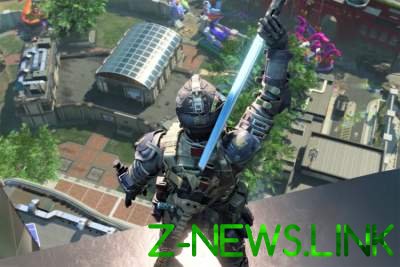 The new season of the operation “Visit” Spectrum promises a constant stream of significant updates.

Activision and Treyarch are committed to supporting Call of Duty: Black Ops 4 in a tight competition. Beginning of the new season of the operation “Visit” Spectrum promises a constant stream of significant updates. The Central element of the launch is the return of the multiplayer Spectrum, wielding a sword specialist (also activated in the “Eclipse”). Its key feature is speed and the ability to approach enemies in close quarters.

Also will return the mode of hide and seek Prop Hunt and will add three new maps, a new light machine gun and a melee weapon. In the “Eclipse” key map update – location “Mokruha”, formed after the explosion of a hydroelectric dam. A huge area was flooded, so that will have to actively use the boat. Map “Alcatraz” was also improved. Meanwhile, fans of the zombie mode got Super Blood Moon Wolf Gauntlet mode “Tournament” and new weapons.

Throughout the season players will expect other functional updates. Capture the flag needs to spice up conventional multiplayer game, and in “Eclipse” will be an attack helicopter, along with a special option purely land battle. The zombie component of the project will also continue to obtain innovations.

As usual, the first thing the new season will start on PS4. All this probably does not tear the audience from the incredibly popular Fortnite or Apex Legends, but the developers are committed first and foremost to please and retain existing fans. Of these innovations the operation “Visit” Spectrum presented in the above video.