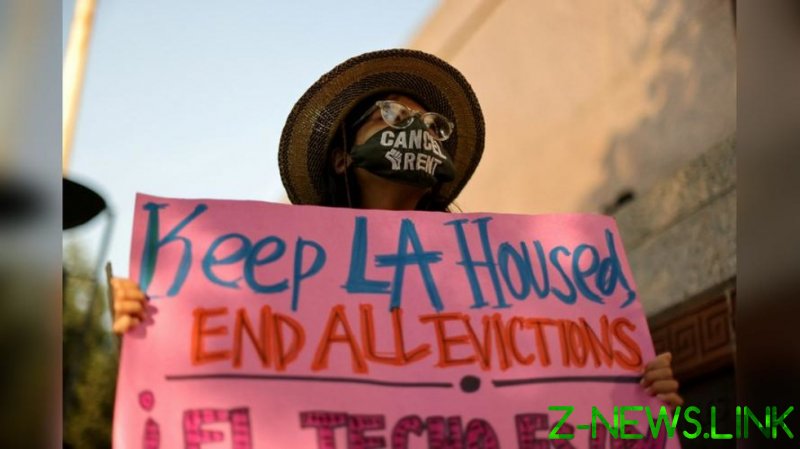 The 0.5% decline from January 1, 2020 to January 1, 2021 was reported on Friday by California’s finance department, marking the first time in data going back to 1900 that the state’s population has declined from one year to the next. California likely didn’t have a decline before 1900, either. Prior to late last month, the state had never lost a congressional seat – representation is apportioned based on Census Bureau population data – in its 170-year history.

The shift marks a remarkable step backward for the most populous US state, which was long a symbol of growth and prosperity. The Golden State, as it’s nicknamed, had enjoyed a series of economic boomtimes, starting with the gold rush that began two years before it was admitted to the Union. But in more recent years, California has suffered from the highest poverty rate in the nation and a homelessness crisis. Nearly 45% of the population spoke a language other than English at home as of 2019.

Already facing a recall election, Democrat Governor Gavin Newsom could have done without another gloomy data point being bantered about. His administration blamed the decline on Covid-19 deaths, a reduced birth rate, and the immigration policies of former President Donald Trump, who sought to cut the flow of illegal aliens into the US.

But the overall US population rose by 1.9 million, or 0.6%, last year, and California’s Covid-19 death rate was comparatively unremarkable. Twenty-eight other states ranked higher in per-capita deaths from the virus.

However, the Golden State did have some of the most stringent Covid-19 lockdowns in the nation, pushing its unemployment rate as high as 16.4%. The state lost 1.3 million jobs in the 12 months through November 2020, the most in the nation.

Even before the pandemic, California was seeing net losses in domestic migration – more people moving to other states than moving in from other states. A study by United Van Lines showed that nearly six out of 10 moves across the state line were heading out, not in, the fifth-worst rate in the nation. More than 69% of those leaving made more than $100,000 annually.

A simple supply-and-demand test shows that it would cost $4,039 to rent a 20-foot U-Haul truck for a move from Los Angeles to Austin, Texas, on June 1, but the same rental in the reverse direction would cost $823.

A 2019 report by public relations agency Edelman showed that 53% of Californians were considering moving out of state because of the high cost of living, and 62% said the best days of living in the state were past. California has the highest state income tax rate for top earners and the highest base sales tax rate.

Ironically, Newsom has cautioned against such hikes in the past, saying they might cause top earners to move elsewhere. Since he made that statement in 2019, the likes of Tesla founder Elon Musk, Oracle founder Larry Ellison, and podcast host Joe Rogan have left the state.

“The numbers don’t lie,” said former San Diego Mayor Kevin Faulconer, who is among those challenging Newsom in the recall election. “People are leaving our state because it’s not affordable to live here. One-party rule has made it almost impossible to raise a family.”