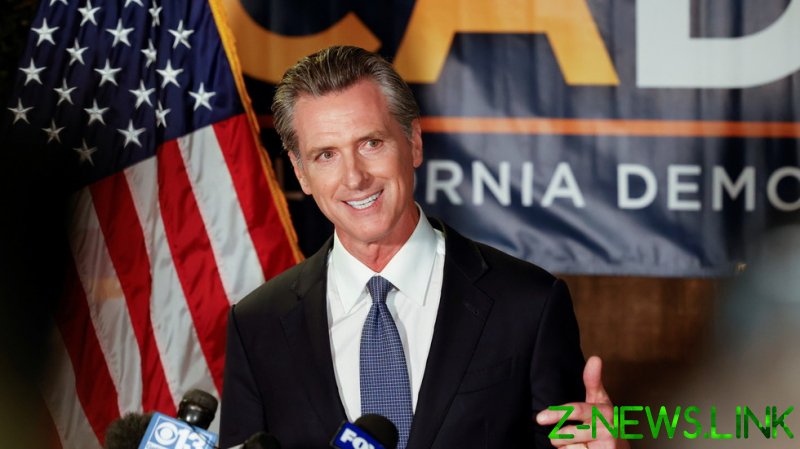 The California governor was last seen receiving a Moderna booster shot on live television, something many politicians have done in order to bolster confidence in the controversial shots. However, he has not been seen publicly since receiving that jab on October 27, his absence feeding the rumor mill about his whereabouts and health.

For the climate-defending governor to miss COP26, the Cannes of climate change, especially signaled something very wrong to Newsom’s critics and supporters. While a press release from his office two days after his ‘disappearance’ cited “family obligations” as his reason for staying stateside during the Glasgow festivities, it also claimed he would participate in the conference remotely. Rather than phone in to the event, however, Newsom ultimately sent his lieutenant governor, Eleni Kounalakis, in his stead.

Newsom’s personal account tweeted a warning that “COVID cases are beginning to rise” on Tuesday, demanding citizens get their booster shots. However, like a post last week celebrating health authorities’ approval of the Pfizer vaccine for young children, the tweet did little to pour cold water on the feverish speculation about where the governor had gone.

While several big names tweeted hints that Newsom was laid up with a bad vaccine reaction, most have since deleted their tweets for unknown reasons. Dr. Robert Malone, one of the inventors of mRNA as a drug, posted “sincere condolences” to the politician after hearing reports he was suffering from Guillain-Barre Syndrome, a rare but devastating side effect associated with some vaccines that often leaves the patient partially or completely paralyzed.

Malone’s comment had been deleted by Tuesday morning, as had a post by journalist Jordan Schachtel, who claimed to have spoken with a “Silicon Valley entrepreneur” who was 90% sure that Newsom had been stricken with Bell’s Palsy – a partial facial paralysis – after taking the booster shot. Despite the supposed certainty of the source, that post was also removed.

The rumors appeared to stem from a post on vaccine safety advocate Robert F. Kennedy Jr.’s blog The Defender, in which a “source close to California Gov. Gavin Newsom” told the outlet the governor was experiencing an “adverse reaction” to the Moderna jab he received on October 27, the last day he was seen in public.

Kennedy wrote that he “prays for Newsom’s family” but slammed the politician for supposedly “conceal[ing] his injuries while implementing aggressive policies to force the children and working people of California to endure similar risks.”

Adding more fuel to the fire, Newsom’s wife, Jennifer Siebel Newsom, posted and then deleted a tweet on Sunday demanding those speculating about her husband’s health “stop hating and get a life,” insisting it was completely normal for the governor to “cancel something” due to being “in the office working” or staying “at home with their family.” Her tweet was deleted shortly after posting as well.

The California governor has been one of the most ferocious defenders of vaccine and mask mandates in the US, announcing the day of the Pfizer shot’s approval by the Centers for Disease Control for children aged between five and 11 that the jab would be mandatory to attend school. He has also been one of the loudest voices calling for a green makeover for the state.

As of Tuesday afternoon, the missing governor has been scheduled to speak at the California Economy Summit via live video stream. The governor’s office announced that far from being MIA, Newsom had merely been spending the last week working with staff on “urgent issues” like the budget, economic recovery, and the massive Covid-19 vaccine rollout for children he has planned.