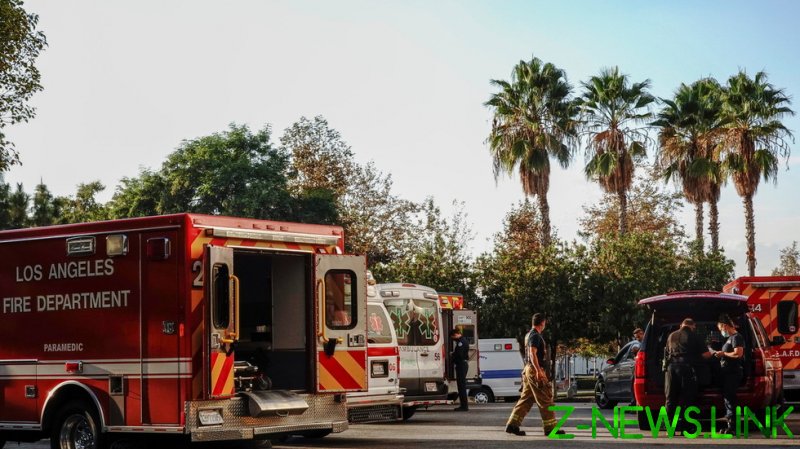 Newsom did not offer details about the case, saying only it was registered in Southern California on Wednesday.

“I don’t think Californians should think that this is odd; it’s to be expected,” Fauci said.

Colorado Governor Jared Polis announced on Tuesday that the first case of “B.1.1.7, the same variant discovered in the UK,” was recorded in a 20-something male. He is reportedly a member of the National Guard, who hadn’t been traveling, and is experiencing mild symptoms while self-isolating at home near Denver.

Another National Guard may have been infected as well, AP reported. Both men were deployed to a nursing home struggling with a Covid-19 outbreak last week.

The initial discovery of the strain – designated ‘SARS-CoV-2 VOC 202012/01’ – earlier this month triggered panic across Europe similar to the original outbreak in China, as countries cut off all travel to and from the UK. The restrictions have since been relaxed somewhat.

While the mutation is said to be 70 percent more contagious, there is no evidence it may be more dangerous than the previously known variants of the virus, the World Health Organization (WHO) said. WHO officials described the mutation as “a normal part of virus evolution” that is no more severe than its previous iterations.

California has struggled with a surge in cases and hospitalizations in recent weeks, despite draconian lockdown measures ordered by Newsom and local officials across the state. However, several mayors and the governor himself had violated their own rules, without consequences.

Meanwhile, the film industry was deemed an “essential business” and allowed to continue operations. Despite being mandated to observe precautions, several productions have been shut down after a cast or crew member tested positive for the virus. The LA County Department of Public Health sent out an email last week urging studios to “strongly consider pausing work for a few weeks during this catastrophic surge in [Covid] cases.”

According to the latest data from the state health authorities, there have been 2.25 million Covid-19 cases and almost 25,000 deaths in California since the outbreak of the pandemic.