Home / WORLD / Caitlin Johnstone: There’s only one news story, repeating over and over again

Caitlin Johnstone: There’s only one news story, repeating over and over again 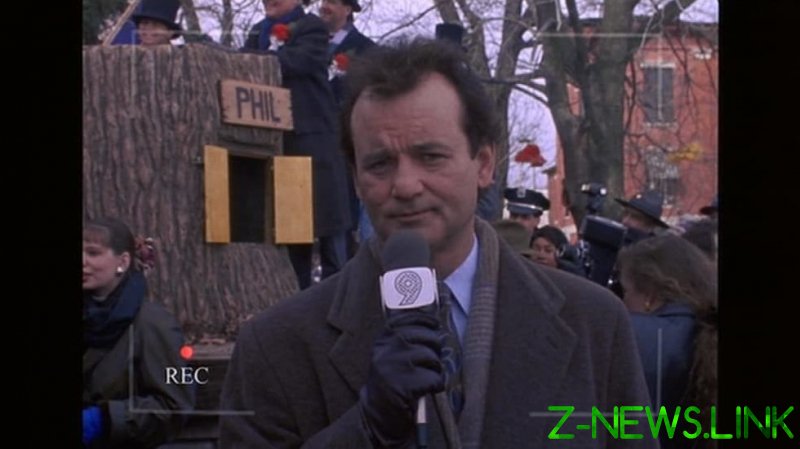 Sometimes you see a three-legged pony up there, sometimes a gargoyle, sometimes a laughing baby, but really you’re only ever watching tiny water droplets being moved around by atmospheric winds. They can take on any number of different shapes, but no matter how long you lay there staring up at them, you’re really only ever seeing one dynamic play out, with different appearances from moment to moment.

The daily news is very much the same, except most consumers of news media aren’t aware that they’re watching clouds. They really do think they’re looking at a three-legged pony, a gargoyle, a laughing baby.

Just as clouds are always water droplets in the air no matter what shapes they take, news stories are only ever one dynamic playing out with different appearances.

There is only ever one news story on any given day, and it is always the same news story: wealthy and powerful people seek more wealth and power, and narratives are spun to advance these agendas.

That’s it. That’s all you’re ever seeing when you read the news. There are sports scores and the occasional celebrity death mixed in for entertainment, but when it comes to major political and governmental events you’re only ever seeing the effects of wealthy and powerful people working to obtain more wealth, and power and narratives being spun to promote these agendas.

Today, it’s the Democratic Party killing the $15 minimum wage, protests in Haiti, US electoral shenanigans in Ecuador, bombings and sanctions on Syria, China bad, Russia bad. Appearances which, taken individually, at first glance look like breaking news stories, but when examined closely and integrated into the big picture are actually the exact same dynamics that were playing out yesterday with slightly different shapes. Tomorrow those same dynamics will play out again in different appearances. The shapes are different, but it’s always water droplets in the air.

“Well, it looks like Jibby Jorpson is set to be the new leader, somehow staving off an early challenge from the popular socialist candidate,” reports the news man. “In other news, the ostensibly left-wing party will be unable to help the working class due to bliff blaff bloffa reasons, a dangerous dictator in a crucial geostrategic region urgently needs to be removed from power because widdle diddle doodad, and, coming up: do we need more internet censorship to prevent wakka dakka dingdong?”

Next morning, alarm clock, ‘I Got You Babe’, Bill Murray, Groundhog Day again.

“Well, it looks like Miggy Morpson is set to be the the new leader, somehow staving off an early challenge from the popular socialist candidate,” reports the news man. “In other news, the ostensibly left-wing party will be unable to help the working class due to wing wang wappa reasons, a dangerous dictator in a crucial geostrategic region urgently needs to be removed from power because kooka kakka keeka, and, coming up: do we need more internetcensorship to prevent yope yap yimmy?”

Once you see the clouds as clouds, you never again get confused about what those shapes in the sky really are. You see different iterations of the exact same dynamic where you used to see individual breaking news stories.

When you have this insight and realize it’s always the same story playing out over and over again, there’s a common temptation to give in to despair and bitterness. Maybe you keep fighting, but you do it with a bored, jaded, and entirely uninspired mentality.

It doesn’t need to be this way, though. Just because the fight isn’t happening the way you used to imagine doesn’t mean it’s hopeless or tedious, it just means you need to look at it differently. You don’t have a 50-fight career against 50 different opponents who you fought for 10 rounds each, you have a one-fight career against a single opponent who you’ve been fighting for 500 rounds.

Just because the fight is longer than you once thought, and the opponent much more resilient than you once thought, doesn’t mean that one long fight is without end, or that it is unwinnable. It just means it looks different than it used to. It was ponies and doggies, now it’s clouds. You still bite down on your mouthpiece and throw leather with all your strength.

But it’s important to do it with focus on the whole. When we oppose ruling power structures and the narratives that they are using to advance their agendas, it’s important to also zoom out and point to their place in the whole. It benefits no one to treat any of the manifestations of the recurring one news story as separate from all the other arrangements: you’ve got to tie it in to the greater dynamics of empire and oligarchy at every opportunity. Otherwise you’re just feeding into the illusion of doggies and kitties in the sky.

That’s all we’re ever doing here: trying to point to the recurring Groundhog Day story over and over again from as many different angles as possible to help people see the clouds. We can use individual news stories as illustrations to show people the bigger picture of what’s really going on, but really all we’re ever doing is helping them see it all as water droplets arranging in different shapes from day to day.

Help enough people see the big picture, and the fight is as good as won. Then, and only then, does Bill Murray awaken to a new day.