Home / WORLD / Caitlin Johnstone: The rising threat of nuclear war is the most urgent matter in the world

Caitlin Johnstone: The rising threat of nuclear war is the most urgent matter in the world 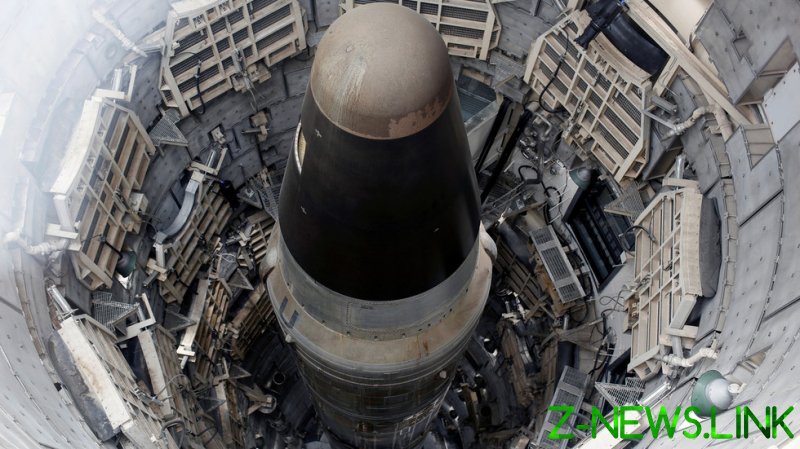 US Strategic Command, the branch of the US military responsible for America’s nuclear arsenal, tweeted the following on Tuesday:

“The spectrum of conflict today is neither linear nor predictable. We must account for the possibility of conflict leading to conditions which could very rapidly drive an adversary to consider nuclear use as their least bad option.”

The statement, which STRATCOM called a “preview” of the Posture Statement it submits to the US Congress every year, was a bit intense for Twitter and sparked a lot of alarmed responses. This alarm was due not to any inaccuracy in STRATCOM’s frank statement, but due to the bizarre fact that our world’s increasing risk of nuclear war barely features in mainstream discourse.

STRATCOM has been preparing not just to use its nuclear arsenal for deterrence but also to “win” a nuclear war should one arise from the (entirely US-created) “conditions” which are “neither linear nor predictable”. And it’s looking increasingly likely that one will as the prevailing orthodoxy among Western imperialists that US unipolar hegemony must be preserved at all cost rushes headlong toward America’s plunge into post-primacy.

The US has been ramping up aggressions with Russia in a way that has terrified experts, and it looks likely to continue doing so. These aggressions are further complicated on increasingly tense fronts like Ukraine, which is threatening to obtain nuclear weapons if it isn’t granted membership to NATO, either of which would increase the risk of conflict. Aggressions against nuclear-armed China are escalating on what seems like a daily basis at this point, with potential flashpoints in the China Seas, Taiwan, Xinjiang, Hong Kong, India, and any number of other possible fronts.

STRATCOM commander Charles Richard told the Senate Armed Services Committee on Tuesday that China’s nuclear capabilities are advancing so rapidly that they’re not even bothering with intelligence vetted more than a month ago in their briefings because it’s probably already out of date, urging an upgrade in America’s nuclear infrastructure. Richard reportedly testified that a portion of China’s nuclear arsenal has been recently primed for ready use.

The Bulletin of the Atomic Scientists has the 2021 Doomsday Clock at 100 seconds to midnight, citing the rising threat of nuclear war:

Accelerating nuclear programs in multiple countries moved the world into less stable and manageable territory last year. Development of hypersonic glide vehicles, ballistic missile defenses, and weapons-delivery systems that can flexibly use conventional or nuclear warheads may raise the probability of miscalculation in times of tension. Events like the deadly assault earlier this month on the US Capitol renewed legitimate concerns about national leaders who have sole control of the use of nuclear weapons. Nuclear nations, however, have ignored or undermined practical and available diplomatic and security tools for managing nuclear risks. By our estimation, the potential for the world to stumble into nuclear war–an ever-present danger over the last 75 years–increased in 2020. An extremely dangerous global failure to address existential threats—what we called ‘the new abnormal’ in 2019—tightened its grip in the nuclear realm in the past year, increasing the likelihood of catastrophe.

In a recent interview with Phoenix Media Co-op‘s Slava Zilber, Quincy Institute for Responsible Statecraft nuclear policy specialist Joe Cirincione described a ramp-up in weapons technology among all nuclear-armed nations in the world, the future of which he described as “bleak”:

We right now have a global nuclear arms race. Each of the nine nuclear-armed nations are building new weapons. Some are replacing weapons that are getting old. Others are expanding their arsenals. But all of these new weapons represent new capabilities for these countries. So you’re seeing a qualitative and a quantitative arms race that is completely unchecked.

“If you look at the data that’s collected by the Federation of American Scientists, for example, you see that – since the 1980s at the height of the Cold War – we have slashed the global nuclear arsenals. We went from a world in 1986 where there were almost 70,000 nuclear weapons in the world down to where we are now where there’s just about 13,500 nuclear weapons. Tremendous progress. 85% reduction in the stockpile…

“But it’s flattened out. There really haven’t been significant reductions for years. The 2010 New START agreement was the last successful arms control agreement. That was 11 years ago. There’s been no reduction agreement since then. There’ve been no talks about new reductions agreements. Now I think the future of arms control is bleak. It’s bleak. And I see no interest really in a new round of arms control either from the United States or from Russia. So I’m pessimistic about our prospects.

As I all too frequently find myself having to remind people, the primary risk here is not that anyone will choose to have a nuclear war, it’s that a nuke will be deployed amid heightening tensions as a result of miscommunication, miscalculation, misfire, or malfunction, as nearly happened many times during the last cold war, thereby setting off everyone’s nukes as per Mutually Assured Destruction.

The more tense things get, the likelier such an event becomes. This new cold war is happening along two fronts, with a bunch of proxy conflicts complicating things even further. There are so very many small moving parts, and it’s impossible to remain in control of all of them.

People like to think every nuclear-armed country has one “The Button” with which they can consciously choose to start a nuclear war after careful deliberation, but it doesn’t work that way. There are thousands of people in the world controlling different parts of different nuclear arsenals who could independently initiate a nuclear war. Thousands of “The Buttons”. It only takes one. The arrogance of believing anyone can control such a conflict safely, for years, is astounding.

A 2014 report published in the journal Earth’s Future found that it would only take the detonation of 100 nuclear warheads to throw 5 teragrams of black soot into the earth’s stratosphere for decades, blocking out the sun and making the photosynthesis of plants impossible. This could easily starve every terrestrial organism to death that didn’t die of radiation or climate chaos first. China has hundreds of nuclear weapons; Russia and the United States have thousands.

This should be the main thing everyone talks about. There is literally no more urgent matter on earth than the looming possibility that everyone might die in a nuclear war.

But people don’t see it.

On a recent Tucker Carlson Tonight appearance, former congresswoman Tulsi Gabbard did a solid job describing the horrors of nuclear war and the very real possibility that it could be inflicted upon us due to America’s insane brinkmanship with Russia. She spoke earnestly about how “such a war would come at a cost beyond anything we can really imagine,” painting an entirely accurate picture of “hundreds of millions of people dying and suffering, seeing their flesh being burned from their bones.”

Gabbard is correct, and was right to give such a confrontational account of what we are looking at right now. But if you read the replies to Gabbard’s tweet in which she shared a clip from the interview, you’ll see a deluge of commenters accusing her of “hyperbole”, saying she’s being soft on Putin, and admonishing her for appearing on Tucker Carlson. It’s like they can’t even hear what she’s saying, how real it is, how significant it is.

People’s failure to wrap their minds around this issue is a testament to the power of normalcy bias, a cognitive glitch which causes us to assume that because something bad hasn’t happened in the past, it won’t happen in the future. We survived the last cold war by the skin of our teeth, entirely by sheer, dumb luck; the only reason people are around to bleat “hyperbole” is because we got lucky. There’s no reason to believe we’ll get lucky in this new cold war environment; only normalcy bias says we will. Believing we’ll survive this cold war just because we survived the last one is as sane as believing Russian roulette is safe because the guy passing you the gun didn’t die.

It’s also a testament to the power of plain old psychological compartmentalization. People can’t handle the idea of everything ending, of everyone they know and love dying, of watching their loved ones die in flames or from radiation poisoning right in front of them, all because someone made a mistake at the wrong time after a bunch of imperialists decided that US planetary domination was worth rolling the dice on the life of every terrestrial organism for.

But mostly it’s a testament to the ubiquitous malpractice of the Western media. It’s inconvenient to the agendas of the imperial war machine to have people protesting these insane cold war games of nuclear brinkmanship, so their media stenographers barely touch on this issue. If mainstream journalism actually existed, this flirtation with nuclear war would be front and center in everyone’s awareness and people would be flooding the streets in protest against their lives being toyed with as casino chips in an insane all-or-nothing gamble.

Because once the nukes start flying, none of that will matter. None of it. All that will matter is the fact that this is all ending. If you open the door and see a mushroom cloud growing on the horizon, all of your mental priorities will rearrange themselves real quick.

We should not be in this situation. There is no good reason governments should be playing these games with these weapons. There is no good reason we can’t just get along with each other and collaborate toward a healthy world together. Only the psychopathic agendas of power-hungry imperialists perpetuate this insane balancing act, and it benefits none of us ordinary people in any way.

The rising threat of nuclear war is the most urgent matter in the world, and it’s absolute madness that we’re not talking about it all the time.

Let’s do what we can to change that.