Home / WORLD / Caitlin Johnstone: So much of what the CIA used to do covertly it now does overtly

Caitlin Johnstone: So much of what the CIA used to do covertly it now does overtly 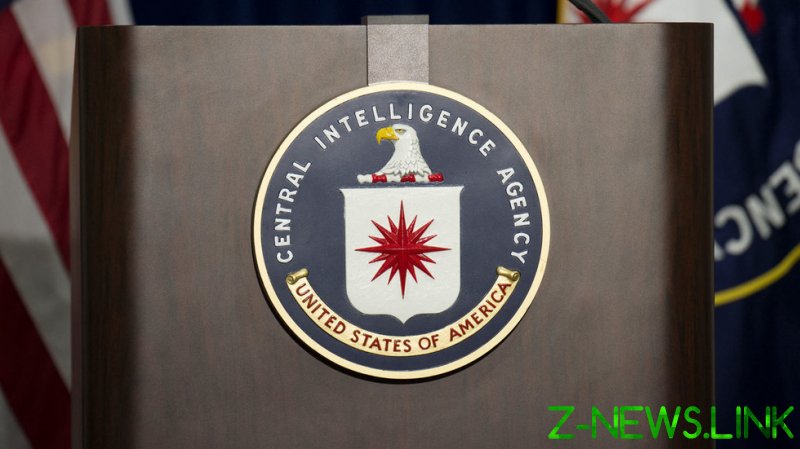 In the later years of an abusive relationship I was in, my abuser had become so confident in how mentally caged he had me that he’d start overtly telling me what he is and what he was doing. He flat-out told me he was a sociopath and a manipulator, trusting that I was so submitted to his will by that point that I’d gaslight myself into reframing those statements in a sympathetic light. Toward the end one time he told me “I am going to rape you,” and then he did, and then he talked about it to some friends trusting that I’d run perception management on it for him.

The better he got at psychologically twisting me up in knots and the more submitted I became, the more open he’d be about it. He seemed to enjoy doing this, taking a kind of exhibitionistic delight in showing off his accomplishments at crushing me as a person, both to others and to me. Like it was his art, and he wanted it to have an audience to appreciate it.

I was reminded of this while watching a recent Fox News appearance by Glenn Greenwald where he made an observation we’ve discussed here previously about the way the CIA used to have to infiltrate the media, but now just openly has US intelligence veterans in mainstream media punditry positions managing public perception.

“If you go and Google, and I hope your viewers do, Operation Mockingbird, what you will find is that during the Cold War these agencies used to plot how to clandestinely manipulate the news media to disseminate propaganda to the American population,” Greenwald said. “They used to try to do it secretly. They don’t even do it secretly anymore. They don’t need Operation Mockingbird. They literally put John Brennan who works for NBC and James Clapper who works for CNN and tons of FBI agents right on the payroll of these news organizations. They now shape the news openly to manipulate and to deceive the American population.”

In 1977 Carl Bernstein published an article titled ‘The CIA and the Media’ reporting that the CIA had covertly infiltrated America’s most influential news outlets and had over 400 reporters who it considered assets in a program known as Operation Mockingbird. It was a major scandal, and rightly so. The news media are meant to report truthfully about what happens in the world, not manipulate public perception to suit the agendas of spooks and warmongers.

Nowadays the CIA collaboration happens right out in the open, and the public is too brainwashed and gaslit to even recognize this as scandalous. Immensely influential outlets like The New York Times uncritically pass on CIA disinfo which is then spun as fact by cable news pundits. The sole owner of The Washington Post is a CIA contractor, and WaPo has never once disclosed this conflict of interest when reporting on US intelligence agencies per standard journalistic protocol. Mass media outlets now openly employ intelligence agency veterans like John Brennan, James Clapper, Chuck Rosenberg, Michael Hayden, Frank Figliuzzi, Fran Townsend, Stephen Hall, Samantha Vinograd, Andrew McCabe, Josh Campbell, Asha Rangappa, Phil Mudd, James Gagliano, Jeremy Bash, Susan Hennessey, Ned Price and Rick Francona, as are known CIA assets like NBC’s Ken Dilanian, as are CIA interns like Anderson Cooper and CIA applicants like Tucker Carlson.

They’re just rubbing it in our faces now. Like they’re showing off.

And that’s just the media. We also see this flaunting behavior exhibited in the US government-funded National Endowment for Democracy (NED), a propaganda operation geared at sabotaging foreign governments not aligned with the US, which, according to its own founding officials, was set up to do overtly what the CIA used to do covertly.

The late author and commentator William Blum makes this clear: “[I]n 1983, the National Endowment for Democracy was set up to ‘support democratic institutions throughout the world through private, nongovernmental efforts’. Notice the ‘nongovernmental’ – part of the image, part of the myth. In actuality, virtually every penny of its funding comes from the federal government, as is clearly indicated in the financial statement in each issue of its annual report. NED likes to refer to itself as an NGO (non-governmental organization) because this helps to maintain a certain credibility abroad that an official US government agency might not have. But NGO is the wrong category. NED is a GO.

“‘We should not have to do this kind of work covertly,’ said Carl Gershman in 1986, while he was president of the Endowment. ‘It would be terrible for democratic groups around the world to be seen as subsidized by the C.I.A. We saw that in the ‘60s, and that’s why it has been discontinued. We have not had the capability of doing this, and that’s why the endowment was created.’

“And Allen Weinstein, who helped draft the legislation establishing NED, declared in 1991: ‘A lot of what we do today was done covertly 25 years ago by the CIA.’

“In effect, the CIA has been laundering money through NED.”

We see NED’s fingerprints all over pretty much any situation where the Western power alliance needs to manage public perception about a CIA-targeted government, from Russia to Hong Kong to Xinjiang to the imperial propaganda operation known as Bellingcat.

Hell, intelligence insiders are just openly running for office now. In an article titled ‘The CIA Democrats in the 2020 elections’, World Socialist Website documented the many veterans of the US intelligence cartel who ran in elections across America in 2018 and 2020: “In the course of the 2018 elections, a large group of former military-intelligence operatives entered capitalist politics as candidates seeking the Democratic Party nomination in 50 congressional seats—nearly half the seats where the Democrats were targeting Republican incumbents or open seats created by Republican retirements. Some 30 of these candidates won primary contests and became the Democratic candidates in the November 2018 election, and 11 of them won the general election, more than one quarter of the 40 previously Republican-held seats captured by the Democrats as they took control of the House of Representatives. In 2020, the intervention of the CIA Democrats continues on what is arguably an equally significant scale.”

So they’re just getting more and more brazen the more confident they feel about how propaganda-addled and submissive the population has become. They’re laying more and more of their cards on the table. Soon the CIA will just be openly selling narcotics door to door like Girl Scout cookies.

Or maybe not. I said my ex got more and more overt about his abuses in the later years of our relationship because those were the later years. I did eventually expand my own consciousness of my own inner workings enough to clear the fears and unexamined beliefs I had that he was using as hooks to manipulate me. Maybe, as humanity’s consciousness continues to expand, the same will happen for the people and their abusive relationship with the CIA.