Home / WORLD / Caitlin Johnstone: Everything about the Biden administration is fake

Caitlin Johnstone: Everything about the Biden administration is fake 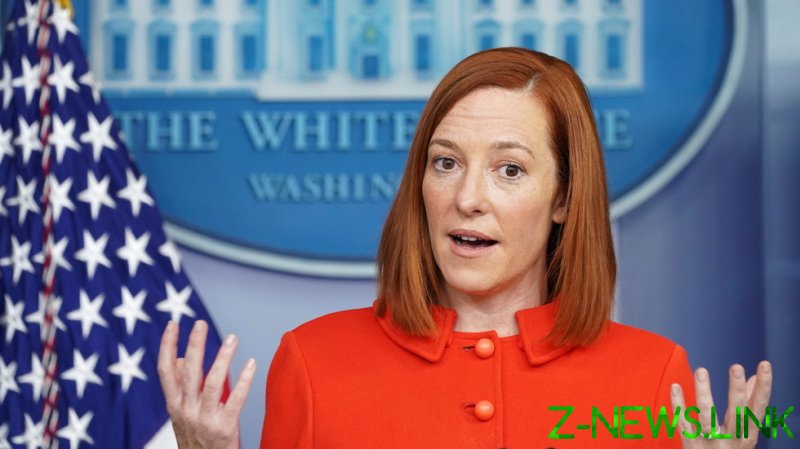 A new exclusive from the Daily Beast titled ‘White House Reporters: Biden Team Wanted Our Questions in Advance’ reports that the White House press corps is being pressured to provide briefing questions ahead of time in a way that makes even mainstream media journalists uncomfortable.

“While it’s a relief to see briefings return, particularly with a commitment to factual information, the press can’t really do its job in the briefing room if the White House is picking and choosing the questions they want,” one White House correspondent told the Daily Beast. “That’s not really a free press at all.”

“It pissed off enough reporters for people to flag it for the [White House Correspondents Association] for them to deal with it,” another source reportedly said.

While Obama’s deputy press secretary, Eric Schultz, calls the move “textbook communications work” designed to ensure that Biden’s press secretary has answers ready instead of having to “repeatedly punt questions,” clearly the reporters on the job feel differently.

“The requests prompted concerns among the White House press corps, whose members, like many reporters, are sensitive to the perception that they are coordinating with political communications staffers,” writes the Beast.

Having questions in advance would indeed be a good way to help insulate Press Secretary Jen Psaki (on whom liberals are already developing an unwholesome celebrity crush) from hard questions. This would avoid sticky situations like when Psaki deflected inquiries about treasury secretary Janet Yellen’s conflict of interest with the Citadel controversy by babbling about Yellen being the first woman in her position, and claiming that receiving $800,000 in speaking fees from that company is no reason for her to recuse herself.

So this is just one more item on the steadily growing pile of fake things about this administration. Everything about it is phony. This is the Astroturf Administration.

Biden and his cohorts point-blank lied about sending out $2,000 checks.

Deportations are continuing unimpeded, despite all the campaign pledges to the contrary.

The kids in cages that made Rachel Maddow cry on air during the Trump administration are still in their cages and will remain there for the foreseeable future.

The pro-environment candidate has authorized dozens of new oil drilling permits within days of taking office.

Re-entering the Iran nuclear deal seems as far off as ever, with the administration continuing Trump’s “maximum pressure campaign” even as Tehran says the US ending its cruel sanctions is a precondition to resuming the deal.

Biden still hasn’t taken any solid steps to end the horrific war on Yemen, or even to end US’ facilitation of the slaughter as he promised on the campaign trail (he could have taken major steps toward doing this the day he took office and chose not to).

While this president hides from the press due to his rapidly deteriorating ability to answer questions in complete sentences, the mass media churn out think pieces about how taking himself out of the spotlight is actually a brilliant political move.

As Our Hidden History recently put it, “We got sold a sack of political oregano.”

And that’s all the US empire ever is, really: a murderous, tyrannical, planetary oppressor covered up by varying degrees of dishonesty. During the Trump administration the depravity was a little more honest about itself, and now during the Biden administration it’s a little more dishonest. The only major change is the thickness with which the makeup is slathered over the skull.

Everything about life in our current world order is dominated by phoniness. Our culture is manufactured by Hollywood. Our dominating political structure is manufactured by think tanks. Our perceptions of what’s going on in the world are manufactured in Langley and Arlington. The whole thing is so fake and stupid. We’ve got to figure out a way to snap out of these artificial boxes they are placing over our minds and these perceptual filters they are placing over our eyes, and birth something real and authentic into our world.