Home / WORLD / Caitlin Johnstone: All the governments we hate interfered in our election, says US intelligence cartel

Caitlin Johnstone: All the governments we hate interfered in our election, says US intelligence cartel 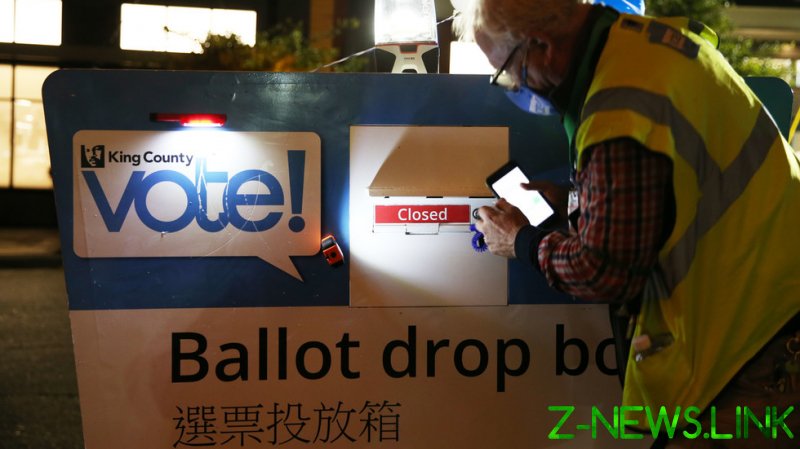 Yeah, so, that’s the news. According to the US intelligence cartel, the nations which sought to interfere in the outcome of the US election include Russia, Iran, China, Lebanese Hizballah, Cuba and Venezuela. Interestingly, exactly zero nations aligned geopolitically with the United States are listed as having interfered in its electoral process.

“We assess that Russian President Putin authorized, and a range of Russian government organizations conducted, influence operations aimed at denigrating President Biden’s candidacy and the Democratic Party, supporting former President Trump, undermining public confidence in the electoral process, and exacerbating sociopolitical divisions in the US,” the report informs us. “A key element of Moscow’s strategy this election cycle was its use of proxies linked to Russian intelligence to push influence narratives–including misleading or unsubstantiated allegations against President Biden–to US media organizations, US officials, and prominent US individuals, including some close to former President Trump and his administration.”

“We assess that Iran carried out a multi-pronged covert influence campaign intended to undercut former President Trump’s reelection prospects–though without directly promoting his rivals–undermine public confidence in the electoral process and US institutions, and sow division and exacerbate societal tensions in the US,” the report adds. “We assess that Supreme Leader Khamenei authorized the campaign and Iran’s military and intelligence services implemented it using overt and covert messaging and cyber operations.”

The report finds that China “considered but did not deploy influence efforts intended to change the outcome of the US Presidential election,” and that it “probably continued to collect intelligence on election-related targets and topics” and “probably also continued longstanding efforts to gather information on US voters and public opinion; political parties, candidates and their staffs; and senior government officials.”

“We assess that Hizballah Secretary General Hassan Nasrallah supported efforts to undermine former President Trump in the 2020 US election,” the report says. “Nasrallah probably saw this as a low-cost means to mitigate the risk of a regional conflict while Lebanon faces political, financial, and public health crises.”

“The Venezuelan regime of Nicolas Maduro had an adversarial relationship with the Trump administration and we assess that Maduro had the intent, though probably not the capability, to try to influence public opinion in the US against the former President,” the National Intelligence Council claims.

So what the US intelligence cartel is asking us to believe this time around is that America’s democracy has suffered yet another invisible attack, the evidence for which is of course top secret, and that the culprits involved are most of the governments the US intelligence cartel doesn’t like. Also, we’re being asked to believe that US-aligned nations like Saudi Arabia and Israel have had no similar interventions in the US electoral process at all.

And of course we’re already getting reports that this narrative will be used to justify sanctions against many of the accused nations, including Iran (which would necessarily kill the nuclear deal Biden campaigned on reentering).

“The Biden admin is expected to announce sanctions related to election interference as soon as next week, three admin officials tell me,” CNN’s Kylie Atwood reports on Twitter. “They didn’t disclose details related to the expected sanctions but said that they’ll target multiple countries including Russia, China and Iran.”

So this completely unevidenced narrative is being used to justify support for increased aggressions which have already been long sought by the US intelligence cartel, which has an extensive and unbroken record of lying to us about exactly this sort of thing. The response to this is of course disbelief absent the mountain of evidence required in a post-Iraq invasion world, which (spoiler alert) will never surface. We will never be given any solid evidence for these US spy claims, yet US foreign policy and mainstream news coverage of it will march on as though we have.

There is no legitimate reason to trust any of these unproven claims, and it’s also worth noting that even if those claims were true it would not matter. The US interferes in world elections more than any other nation on earth, so foreign nations are fully entitled to interfere in US elections as much as they like. You have no legitimate grievances about pushback on your behavior when you are the clear aggressor.

Furthermore, any claims of foreign nations pushing “influence narratives” are dwarfed by orders of magnitude by the influence narratives being pushed by the media-owning plutocratic class inside the United States. Claiming that any foreign nation has anywhere near that degree of influence over the narratives which Americans consume and believe is cartoonish. The only real electoral interference in the United States was by the plutocratic class.

This continually recycled story is so unbelievably tedious. “Oh noes, we’ve been attacked in an invisible way by an enemy we were already preparing to slam with economic sanctions and new cold war escalations! Believe us or you’re a conspiracy theorist!” Sure, Jan. Cool story.

Whoever controls the narrative controls the world. Those who control the dominant narratives will keep adjusting them as they see fit to advance whatever preexisting agendas they have chambered up ready to fire. Truth simply does not feature.