Home / WORLD / Caitlin Johnstone: 18 years on, no changes were made to ensure that evils of Iraq invasion won’t repeat

Caitlin Johnstone: 18 years on, no changes were made to ensure that evils of Iraq invasion won’t repeat 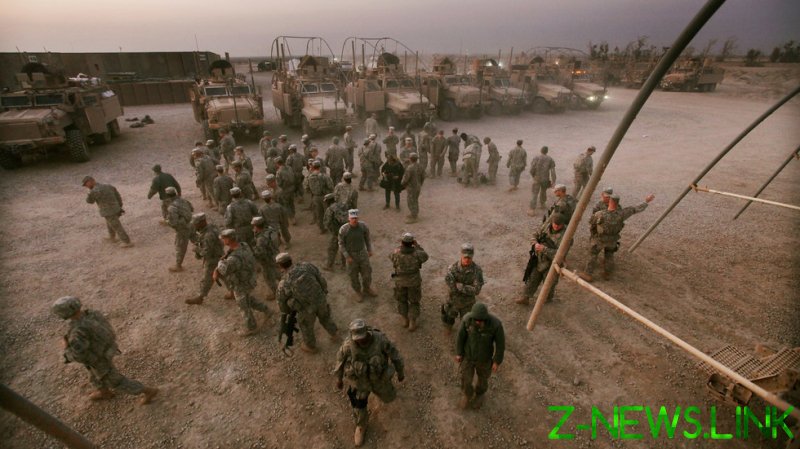 The reason it’s so important to stay enraged about Iraq is because it’s never been addressed or rectified in any real way whatsoever. All the corrupt mechanisms which led to the invasion are still in place and its consequences remain. It isn’t something that happened in the past.

The Iraq invasion feels kind of like if your dad had stood up at the dinner table, cut off your sister’s head in front of everyone, gone right back to eating and never suffered any consequences, and everyone just kind of forgot about it and carried on with life like it never happened. The US-centralized empire is full of willful amnesiacs pretending they don’t remember Iraq because it’s currently politically convenient, and we must not let them do this.

No institutional changes were made to ensure that the evils of the Iraq invasion wouldn’t be repeated. It’s one of those big, glaring problems people just decided to pretend is resolved, like racism.

There’s this weird implicit default assumption among the political/media class that US government agencies have earned back the trust they lost with Iraq, despite their having made no changes whatsoever to prevent another Iraq-like horror from reoccurring, or even so much as apologizing. The reason nobody responsible for the Iraq invasion suffered any consequences for the great evil they inflicted upon the world is because the Western empire had no intention of changing and has every intention of repeating such evils. The lies and killing continue unabated.

No changes were made after the Iraq invasion to keep the US government from deceiving Americans into war. No new laws were made, no policies changed; no one was even fired. And indeed, the government did deceive Americans into war again: the Libya and Syria interventions were both based on lies. It’s happened since, and it will happen again unless the murderous US war machine is stopped.

How true can President Biden’s claim be that he regrets supporting the Iraq invasion if he appointed the guy who advised that decision as Secretary of State?

Nobody who supported the Iraq invasion should be working in politics at all. They shouldn’t be able to find employment anywhere more prominent or influential than a cash register. This should be true of politics, and it should be true of the media as well.

There is no valid reason for the entire US-led world order not to have been completely dismantled after the invasion of Iraq. A world order which can create something as horrific as the unforgivable Iraq invasion (or the genocide in Yemen today for that matter) is not a world order that will lead the world in a good direction. The facts are in. The US-led world order must end.

So much establishment loyalism ultimately boils down to an entirely faith-based and unquestioned belief that the corrupt, depraved power establishment which facilitated the Iraq war completely evaporated as soon as George W. Bush and Tony Blair left office. There is literally no reason to believe this besides it feeling more psychologically comfortable to believe it.

It’s essential to keep in mind that Western propaganda hasn’t gotten less advanced since the Iraq invasion, it has gotten more advanced. The Russiagate psyop and the smear campaigns against Assange and Corbyn make this abundantly clear. You need to be more critical of Western narratives than with Iraq, not less.

Manipulating public thought at mass scale is a science. Scientific fields don’t magically become less sophisticated over time, they become more sophisticated. Every time they run a new mass-scale manipulation, whether it succeeds or fails, they learn from it. And they evolve.

We must remember that the mass media can create false narratives without even speaking them explicitly, just by giving a certain impression. After the Iraq invasion 70 percent of Americans still believed Saddam was responsible for 9/11, just because reporters and politicians kept mentioning the two in the same breath.

The debate about whether America has the moral authority to intervene in other countries was settled once and for all eighteen years ago. Western mass media have spent the last eighteen years trying to slowly spin the narrative away from facts and reality, but the Iraq invasion invalidates them all.

Iraq should be a one-word debunk of all pro-regime change arguments. You should be able to just say “Iraq” and have whoever’s pushing escalations and interventionism sit the fuck down and shut the fuck up. The fact that that isn’t enough shows how insanely propagandized we are.

America shouldn’t be in the Middle East at all, much less Iraq, and the US government is solely responsible for every American soldier who dies there.

When a known compulsive liar asks you to place your faith in him on a very important matter, you tell him to fuck off. When the Western empire tells you to trust them that an evil government needs to be ousted, you take it with an Iraq-sized grain of salt.

Never let anyone shout you down for openly doubting US intelligence on foreign nations. Iraq means they don’t get to do that anymore. Ever.

I promise I will always fight to remind the world about the Iraq invasion. I will always do everything I can to make sure that as many people as possible view all actions of the US-centralized power establishment through the lens of what they did to that country for as long as I draw breath.

I will always do everything I can to keep Iraq from being dismissed as an anomaly of history that could never happen again. Whenever the empire talks about Russia, China, Syria, Iran, Venezuela, North Korea, Yemen, or any other country, I will be talking about what they did to Iraq.

You don’t get to butcher a million people and then say “Oh yeah, but that was a whole eighteen years ago. You can trust us now.” That’s not a thing. The world has no business taking US defense and intelligence agencies at their word about anything ever again.

I write about imperial warmongering not just because it is intrinsically evil, but because it is the clearest evidence I can point to that the people who are running things are too sociopathic to be left in charge. The power structure which raped Iraq should not exist. Period.

The way I see it we’ve got two options: find a way to drastically change the way we think and function as a species, or pray that the world will be saved by the same ruling elites who destroyed Iraq while making the poor poorer for the benefit of the extremely wealthy.