Caitlin Johnston: Who the #Resistance was actually #Resisting these last four years 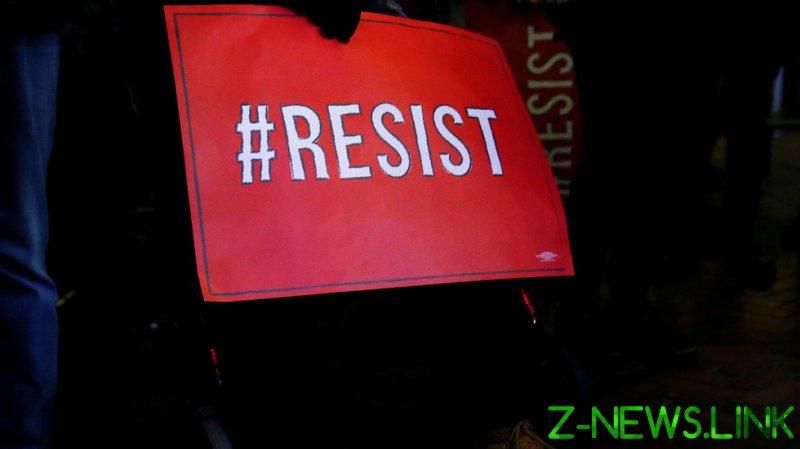 After it was announced that the Biden camp had selected a Raytheon board member as his secretary of defense, I joked in my last article that it would be more honest if Raytheon itself was Biden’s Pentagon chief since the US Supreme Court ruled that corporations are people anyway. Raytheon for defense secretary, Boeing for secretary of state, Goldman Sachs for secretary treasurer, ExxonMobile head of the EPA, Amazon for CIA director and Google for director of national intelligence. Waka waka, I’m so silly.

Anyway, since that rant was published NPR has reported that the the next US director of agriculture will be a man named Tom Vilsack, whose corporate cronyism the last time he occupied the same position earned him the nickname (I s**t you not) ‘Mr Monsanto’. Which is just too perfect for words, really.

Bloomberg reports: “Some supporters of Vermont Senator Bernie Sanders campaigned against Vilsack when he was under consideration to be Clinton’s vice president, branding him ‘Mr. Monsanto’ and citing his role in brokering a compromise on legislation labeling foods containing genetically modified organisms. Sanders opposed the national legislation, which overrode a stricter Vermont state law.”

Biden’s inadvertent self-parody of a cabinet is already shaping up to be just as chock full of corporate swamp monsters as Trump’s notoriously corrupt administration, with positions being given to the very last people any ordinary human being with any common sense would want. President Biden is going to be just as much of a corrupt warmongering oligarch crony as his predecessors, and at least as destructive.

Which makes one wonder, what exactly was the point of the #Resistance and what has it been #Resisting all these years?

After Donald Trump’s 2016 election a massive amount of energy went into the creation and promotion of a ‘movement’ branded ‘The Resistance’ which portrayed itself as a revolutionary counterforce against the corruption and malfeasance represented by Trump and his goons. Many a glowing puff piece was written about this carefully constructed plucky band of rebels standing up against the forces of darkness on behalf of the common man, and many a political donation was raised.

The Resistance™️ was aggressively marketed by cynical liberal spinmeisters like Neera Tanden (who in a brazen middle finger to US progressives is also set to play a role in the Biden administration) with the goal of harnessing and maintaining the enthusiastic grassroots anti-establishment energy of the Bernie Sanders campaign and directing it against Trump.

But what did it actually accomplish? In the end, all the so-called Resisters ended up doing was promoting a bunch of Russia conspiracy theories and an impeachment which failed to remove Trump, all while providing no actual resistance to Trump’s most pernicious policies. They’d yell and shriek on social media and MSM punditry panels any time someone was fired from the administration and falsely get people’s hopes up whenever new information came out about the Mueller investigation, but in terms of actually removing Trump from office or stopping him from doing evil things like starving Venezuelans, assaulting press freedoms with the persecution of Julian Assange, tempting war with Iran and perpetuating the mass atrocities in Yemen, they accomplished literally nothing.

In a recent interview with MSNBC Sanders himself – historically far less willing to criticize the Democratic establishment than his supporters – is heard complaining that the progressive base whose votes put Biden over the top in November are so far receiving no representation whatsoever within the incoming Biden cabinet.

“If it wasn’t for the hard work of a lot of progressive grassroots organizations who got young people involved in the political process, working-class people involved in a way that we have not seen, Joe Biden would not have won that election and I think that’s pretty clear,” Sanders says. “And my point has been from day one that those voices, that movement, deserves representation in the cabinet. And if your question is have I seen that yet, no I have not.”

Of course you haven’t, Bernie. You were never going to. Biden might create some sort of fake position to let progressives feel like they’re participating with a name like ‘Progressive Outreach Team For Yelling Words Into A Hole In The Ground’ or something, but in terms of actually directing the policy and behavior of the Biden administration nobody who wants the interests of the people upheld over the interests of the powerful will ever have a hand anywhere near the steering wheel.

The #Resistance spun itself as a revolutionary movement against the insidious forces of darkness threatening the United States of America. What it delivered was support for Trump’s world-threatening cold war escalations against Russia, the mass delusion that America’s problems can be fought from within the establishment, progressives impotently chasing their tails for four years, and a presidency that is going to be just as much of a murderous oligarchic rim job as was delivered by the Trump administration.

The engineers of ‘The Resistance’ did not want to eliminate Trumpian depravity, they just wanted to be the ones driving it. And now they are. If you fed into this nonsense in any way over the last four years, this is your reward.

Which begs the question: if an entire political faction needed to sacrifice all its principles, all its values and all its morality to get rid of Trump…what exactly was the point of getting rid of Trump?