The Cabinet appointed in December 2019 pilot census in the Obolon district of Kiev and Borodyansky district of Kyiv region.

The corresponding decree was taken at a Cabinet meeting on Wednesday, July 18.

Pilot census should be carried out with the use of innovative technologies for collecting data about the population. Kiev city, Kiev oblast, Obolon district in Kiev and Borodyansky district administration will have to provide state statistical bodies with assistance in the preparation and conduct of the pilot census and the national police is to provide security and order in the census.

In the explanatory note to the decree it is noted that the pilot census will ensure an appropriate level of preparation and conduct of nationwide census in 2020.

We will remind, the first and the last census in independent Ukraine was conducted in 2001. Then the population of the country accounted for 48,457 million people. Prior to that, Ukrainians are “copied” back in the USSR in 1989. Then, in the Ukrainian SSR lived 51.7 million. 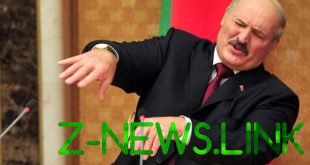