Home / WORLD / By storming off his own TV show, snowflake Piers Morgan has proven he’s an even bigger drama queen than arch-enemy Meghan Markle

By storming off his own TV show, snowflake Piers Morgan has proven he’s an even bigger drama queen than arch-enemy Meghan Markle 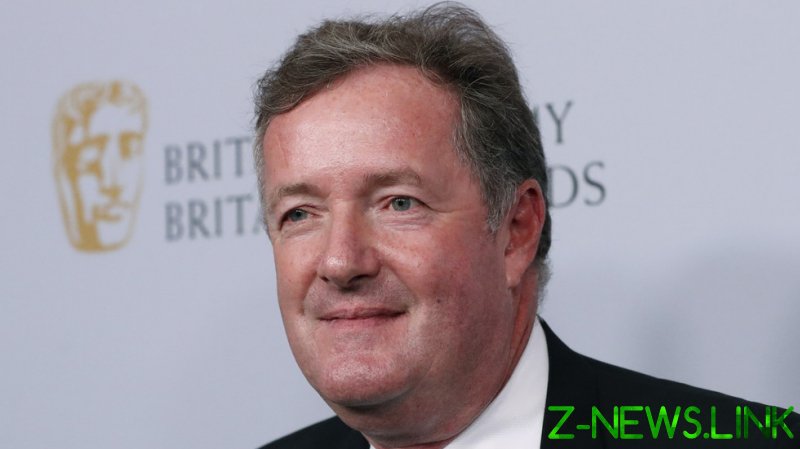 Those who live in glass houses shouldn’t throw stones. Never for a second did we think that would apply to Britain’s inquisitor-in-chief, Piers Morgan. The Good Morning Britain host has been hailed for his sterling public service during the pandemic.

While mealy mouthed BBC journalists and newspaper reporters shuffled around for fear of offending anyone in power, Morgan skewered government ministers in front of millions every morning.

He led calls to expose the fundamental failings that have seen Britain record a Covid-19 death toll of 125,000, Europe’s highest.

Morgan was labelled a “hero” for refusing to stop pushing for answers. There was even a sensational call for him to run for prime minister at the next election and it was taken so seriously, bookmakers started taking bets at odds of 20/1.

Morgan has also been praised for his views on Meghan Markle. The pair were loose friends after she contacted him on social media, and even had a drink in a London pub together. Since she got together with Prince Harry, Morgan has complained of being ‘ghosted’ by Markle.

Following Sunday night’s bombshell interview with Oprah Winfrey, Morgan was in full flow during Monday’s show with plenty of criticism of the Duchess of Sussex.

His comments irked weatherman Alex Beresford, who was in the studio on Tuesday. Eager to speak, both of them stuttered to go first at 6.36am.

Morgan: “Do you mind waiting?”

You could have cut the tension with a bread knife.

Then Beresford launched in, holding Morgan to account. “I understand you don’t like Meghan Markle, you’ve made it so clear on this programme a number of times. I understand that you’ve got a personal relationship with Meghan Markle, or had one, and she cut you off. She’s entitled to cut you off if she wants to,” Beresford said. “Has she said anything about you since she cut you off? I don’t think she has, but yet you continue to trash her.”

Morgan sat staring dead ahead, before storming out of the studio shouting: “You can trash me mate, but not on my own show.”

Now arguing with himself, Beresford continued: “This is absolutely diabolical behaviour. I’m sorry, but Piers spouts off on a regular basis and we all have to sit there and listen.”

It was yet another bizarre episode in the Harry/Meghan saga. But this one rocked us all. This was the man Britain has been relying on to speak the truth to those in the corridors of power.

Morgan has the reach and audience to press the issues that the population need addressed. But now he’s lost all his credibility.

He rightly mocked Boris Johnson for avoiding his questions by hiding in a fridge. Every interviewee or guest that he squared up to knew no ground would be conceded by Morgan. He would relentlessly push and demand an answer.

It’s why he’s Britain’s most popular TV journalist and why so many people have taken their lead from him, particularly over the last 12 months.

Even if you didn’t agree, he was a straight shooter and followed a code. But now that’s evaporated.

When faced with criticism from a colleague in a calm and measured tone, he threw a hissy fit. His toys were tossed out of the pram. He spat out the dummy. And instead of taking his own medicine, he dashed off to stop the embarrassment and tough questions.

The move will increase GMB viewing figures for the next few days, as people tune in to see if there are any repercussions. But that will be temporary, as this will blow over and the in-studio anger will subside.

What won’t, though, is the recognition that Morgan has a weak point. The next time he pours scrutiny on to a guest, they can always blurt out, “Don’t worry, I won’t run away like you did.”

Because once you quit, you can’t take it back. Yes, there will still be highlights for Morgan, and he will continue to do sterling journalism. But he will never be able to demand answers or shame anyone who refuses to proffer the information he wants.

As when it was his turn to shoot from the hip and explain his actions, he upped sticks and ran back to his dressing room. His co-host Susanna Reid thought on her feet, and called for an advert break at 6.39am.

180 seconds was all it took for Morgan to destroy the reputation he had built in the hearts of a beleaguered Britain during the pandemic. He is needed more than ever now, but has committed hari-kari. Who’s going to ask the tough questions and refuse to back down or be fobbed off with meaningless statistics?

Piers, your wafer-thin ego has let us all down.