Home / WORLD / By painting Russia as an enemy, Biden is now caught in a trap of his own making ahead of his crucial Geneva showdown with Putin

By painting Russia as an enemy, Biden is now caught in a trap of his own making ahead of his crucial Geneva showdown with Putin 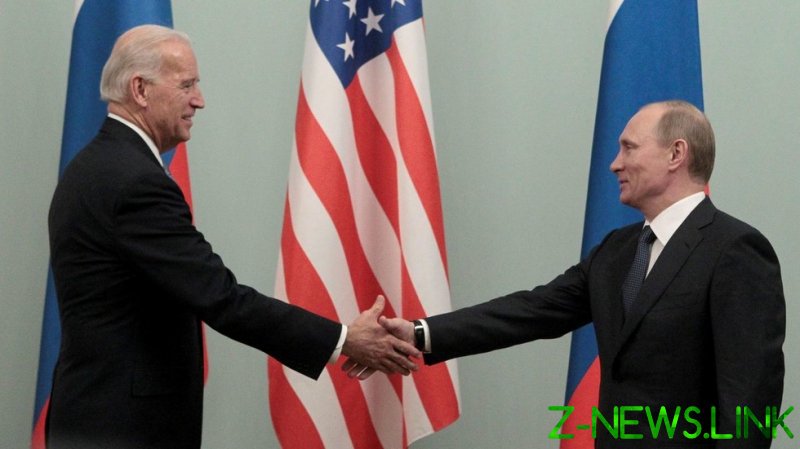 Despite all the speculation, it isn’t entirely clear what Washington wants from the encounter and the White House has been sending mixed messages about its purpose. On the one hand, Biden has said the point is to facilitate a return to stable and predictable relations.

However, on the other, he has used the lead-up to the encounter to ramp up the rhetoric and suggest he plans to lecture and talk down to Putin, who Biden undiplomatically branded a “killer” earlier this year. That confused messaging is a sign of the trap the US has set up for itself.

Propaganda, and developing a narrative, relies primarily on setting the terms of reference by which the public interprets events in the world. The population ultimately relies on a framework to filter through the complexities of global events, and governments invest significant resources to create the frame most convenient to them and control the narrative.

Ideally, it consists of simple binaries that represent the world through a Manichean lens – nefarious rivals and trustworthy allies. Historically, the US and Russia have been juxtaposed as Western versus Eastern, civilized versus barbaric, modern versus backward, freedom versus slavery, European versus Asiatic, or even good versus evil. During the Cold War, ideological dividing lines fell naturally by casting the debate as capitalism versus communism, democracy versus totalitarianism, and Christianity versus atheism.

After the Cold War though, relations have again been re-ideologised as liberalism versus authoritarianism. As long as all world events are filtered through this prism – the US will, at worst, be seen to do the wrong thing for the right reason and Russia the right thing for the wrong reason.

Presenting competing interests solely as good versus bad values is extremely powerful in terms of mobilising the public and securing resources for the fight against an opponent.

During World War I, US President Woodrow Wilson was able to convince a reluctant population to join the war against Germany, by depicting the war as the decisive struggle between good and evil—the “war to end all wars”. The rhetorical trap became evident when it was time to end the war. Compromise and a durable settlement was then tantamount to appeasement of evil, and the only acceptable outcome was complete victory and imposing humiliating conditions that ultimately led to the second conflict.

The US has set a similar rhetorical trap for itself in regards to Russia. How can Washington reach a compromise to reduce tensions when all conflicts are portrayed as a struggle between good and evil? Taking an uncompromising stance towards the country has become a condition for political legitimacy, and every concession the Kremlin is offered can be attacked as a betrayal of democracy and human rights.

Only American leaders with sufficient anti-Russian credentials have the political capital to negotiate a compromise with Moscow. Ronald Reagan, a fierce adversary of the Soviet “evil empire”, could enjoy the political space needed to reach necessary agreements with its leaders. In contrast, Donald Trump expressed affinity towards Russia and could therefore easily be castigated as a secret Russian agent, which made it impossible to achieve the apparently treasonous objective of “getting along with Russia”.

Biden’s hawkish rhetoric against Russia may similarly reflect the need to assert his anti-Russian credentials required to negotiate with Moscow. In his time in office, Barack Obama also revealed in a hot mic moment with President Dmitry Medvedev that he would have “more flexibility” after his re-election (in 2012), which implies that cooperating with Russia is not a recipe for election victory.

While the mixed messaging is a profoundly dysfunctional aspect of American politics, it is nonetheless a reality that Moscow must recognise and deal with. However, once Biden’s bombastic rhetoric has accrued enough anti-Russian credits to give him the domestic support ahead of the meeting with Putin – what can actually be achieved?

Biden has said that the agenda for the summit includes tough talk on non-interference into US domestic affairs and restraining Russia’s supposed cyber attacks. As it happens, Putin is also a strong advocate of non-interference into Russian domestic affairs and restraining America’s own cyber activities. While common concerns and interests are expressed, there is nonetheless a clear constraint – which is the notion that international laws and rules should apply equally to both sides.

The liberal versus authoritarian framing of events insists it is unacceptable for Russia to interfere in the domestic affairs of the US, yet the US has a moral responsibility to meddle in Russia under the guise of promoting liberal democracy. Russian Facebook posts aimed towards an American audience must come to an end, yet Biden also insists on the right to dictate how the Russian justice system should deal with Alexey Navalny. Under Reagan and Gorbachev, there was a recognition that international law entailed mutual constraints. In contrast, Biden is committed to the so-called “rules-based international order” in which the US is exempted from the rules.

It is difficult to imagine that Washington could accept any restraint on itself after decades of filtering world events and competing interests through the liberal-authoritarian prism. The rhetorical trap will be a major barrier to agreement, no matter how much Biden might genuinely understand the importance of improving relations with Russia. Unfortunately, he only has himself to blame.