Home / WORLD / By banning Trump and his supporters, Google and Twitter are turning the US into a facsimile of the regimes we once condemned

By banning Trump and his supporters, Google and Twitter are turning the US into a facsimile of the regimes we once condemned 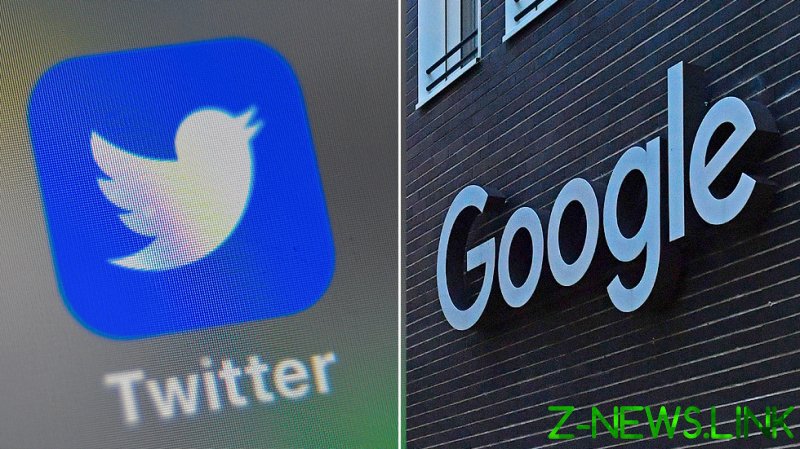 The permanent suspension of President Trump’s Twitter account, carried out unilaterally  and devoid of any pretense of due process or appreciation of the First Amendment rights of Donald Trump, represents a low moment in American history. Trump’s ban was followed by a decision by Google to de-platform Parler.com, a social media alternative to Twitter favored by many of Trump’s supporters. Apple also gave Parler a “24 hour warning” asking it to provide a detailed moderation plan. Twitter, Google, Facebook (who also banned Trump) and the political supporters of President-elect Joe Biden cite concerns that the content of the president’s Twitter account, along with exchanges among pro-Trump users of Parler, constituted an “incitement of violence” risk that justified the actions taken.

In the aftermath of the storming of the Capitol by protesters seemingly motivated by the words of President Trump, there is legitimate justification for concern over the link between political violence and social media. But if history has taught us anything, the cure can be worse than the disease, especially when it comes to the issue of constitutionally protected freedom of speech.

This danger is illustrated by the actions of the former First Lady Michelle Obama who has publicly called for tech companies like Twitter and Facebook to permanently ban Trump from their platforms and enact policies designed “to prevent their technology from being used by the nation’s leaders to fuel insurrection.” The irony of the wife of the last American President Barack Obama, who weaponized so-called digital democracy to export “Western democratic values” in the struggle against authoritarian regimes, to turn to Twitter to release her message of internet suppression, is striking. The fact that neither Michelle Obama nor those who extoll her message see this irony is disturbing.

The Obama administration first sought to use ‘digital democracy’, the name given to policies which aim to use web-based social networking sites such as Facebook and Twitter as vehicles to enhance the organization and activism of young people in repressive regimes to achieve American policy objectives of regime change, during the 2009 Iranian presidential election.  US ‘digital democracy’ efforts anchored a carefully orchestrated campaign to promote the candidacy of Mir Hossein Mousavi.  These efforts included a phone call from a US State Department official, Jared Cohen, to executives at Twitter to forgo a scheduled maintenance period and keep the lines in and out of Iran open, under the premise that it was essential to make sure that digital messages sent by Iranian dissidents got out to an international audience. Digital democracy became privatized when its primary architect, Jared Cohen, left the State Department in September 2010 to take a new position with internet giant Google as the head of ‘Google Ideas’ now known as ‘Jigsaw’. Jigsaw is a global initiative ‘think tank’ intended to “spearhead initiatives to apply technology solutions to problems faced by the developing world.” This was the same job Cohen was doing while at the State Department.

Cohen promoted the notion of a “digital democracy contagion” based upon his belief that the “young people in the Middle East are just a mouse click away, they’re just a Facebook connection away, they’re just an instant message away, they’re just a text message away” from sufficiently organizing to effect regime change. Cohen and Google were heavily involved the January 2011 demonstrations in Egypt, using social networking sites to call for demonstrations and political reform; the “Egyptian contagion” version of ‘digital democracy’ phenomena was fueled by social networking internet sites run by Egyptian youth groups which took a very public stance opposing the Mubarak regime and calling for political reform.

The Iranian and Egyptian experiences in digital democracy-inspired regime change represent the nexus of the weaponization of social media by tech giants such as Twitter and Google, and  the US government, which at the time was under the stewardship of Barack Obama and then-Vice President Joe Biden. The fact that both the Iranian and Egyptian efforts failed only underscores the nefarious nature of this relationship. The very tools and methodologies used by Iranian and Egyptian authorities to counter US-sponsored “digital democracy” – suppression through de-platforming – have now been taken up by Twitter, Google, and the political allies of Joe Biden to silence Donald Trump and his supporters from protesting an election they believe was every bit as “stolen” as the 2009 Iranian presidential election that gave birth to ‘digital democracy’ in the first place.

In a recently published report addressing the issue of internet freedom, Freedom House, a US government-funded non-profit, non-governmental organization that conducts research and advocacy on democracy, political freedom, and human rights, observed that internet connectivity “is not a convenience, but a necessity.” Virtually all human activities, including political socialization, have moved online.  This new ‘digital world’, the report noted, “presents distinct challenges for human rights and democratic governance” with “State and nonstate actors…shape online narratives, censor critical speech, and build new technological systems of social control.”

Freedom House was one of the supporters of ‘digital democracy’ in Iran and has been highly critical of the actions by Iranian authorities to shut down and otherwise control internet connectivity inside Iran. It noted that such tactics are indicative of a system that is “fearful of their own people and worr[ies] that they cannot control the information space.” In its report, Freedom House wrote that “when civic organizing and political dissent overflow from the realm of social media onto the streets…dictators shut down networks to choke off any calls for greater democracy and human rights.”

In July 2019, the US 2nd District Court of Appeals ruling on Knight First Amendment Institute v. Trump determined that President Trump’s Twitter account “bear[s] all the trappings of an official, state‐run account,” meaning that the First Amendment governed the conduct of the account. As such, “the First Amendment does not permit a public official who utilizes a social media account for all manner of official purposes to exclude persons from an otherwise open online dialogue because they expressed views with which the official disagrees.”

By banning Trump from their platform, the unelected employees of Twitter have done to the president of the United States what he was accused of doing in Knight First Amendment Institute v. Trump. If it was a violation of First Amendment-protected free speech for Trump to exclude persons from an otherwise open online dialogue, then the converse is obviously also true.

The notion that Trump’s tweets somehow represented a “clear and present danger” that required suppression is not supported by the law. In 1919 Justice Oliver Wendell Holmes Jr. wrote the majority opinion in Schenck v. United States, a case which examined the limits of free speech protections under the First Amendment, and famously observed that “The most stringent protection of free speech would not protect a man falsely shouting fire in a theater and causing a panic…[t]he question in every case is whether the words used are used in such circumstances and are of such a nature as to create a clear and present danger that they will bring about the substantive evils that Congress has a right to prevent.”

Holmes’ opinion in Schenck was later limited by the Supreme Court in its 1969 decision in Brandenburg v. Ohio, which replaced the “clear and present danger” standard with what is known as “imminent lawless action,” which holds that speech is not protected if it is likely to cause violation of the law “more quickly than an officer of the law reasonably can be summoned.” By suppressing the social media expressions of Donald Trump and his supporters, Twitter, Facebook, and Google – egged on by the political supporters of Joe Biden – appear to have unilaterally adopted the “clear and present danger” standard which deviates from the constitutionally-mandated norms, as established by Supreme Court precedent, that govern the protection of speech in America.

Political speech is not just a human right – in America, it is an essential constitutionally guaranteed freedom. When the political supporters of Joe Biden, along with the unelected heads of media giants such as Twitter, Facebook, and Google, actively collaborate to silence the ability of Donald Trump and the tens of millions of Americans who support him to express themselves on social media, they become no better than the authoritarian regimes they once sought to remove from power.