Home / WORLD / By backing censorship of Hunter Biden story, mainstream media only hurt their own cause 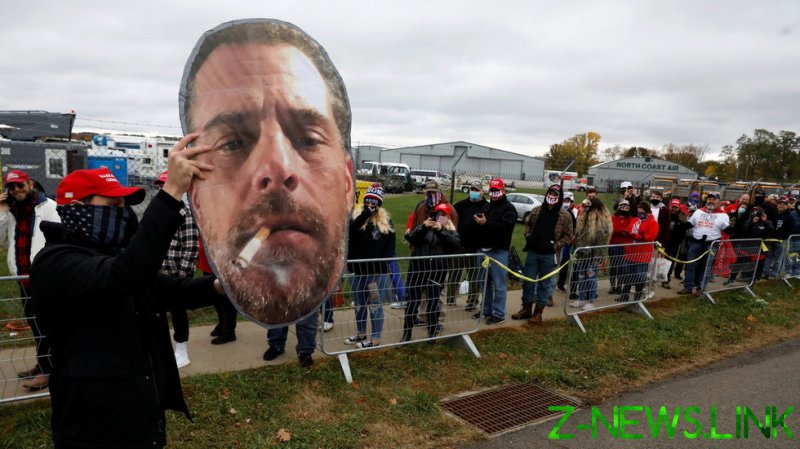 To say that the New York Post story on Hunter Biden’s emails was big news would be an understatement. The same can be said about social media outlets clamping down on the story, seemingly trying to bury it as soon as possible. In the aftermath, there have been odd defenses of the methods used to try and squash the bombshell.

On a BBC panel called The Media Show, Stelter and Fischer explained why they thought censoring the article about Joe Biden’s son was okay. In familiar terms, Stelter tried to dismiss the story as “old news” and accused “the right” of massive disinformation.

Fischer praised the “defensive systems” that were used to suppress the story. She went on to claim that Hunter Biden’s emails were “hacked,” even though there is no evidence that such a thing happened.

If a lack of consideration for freedom of the press is a defensive system, it’s not a healthy system at all.

The responses from both media personalities are indicative of where we are in regard to the current state of the corporate media. As of right now, things are hyperpartisan – on both sides of the spectrum. You’re going to be hard-pressed to find someone who isn’t overly biased towards the political left of the political right. It’s an unfortunate sign of the times. However, the times being what they are make certain things completely irrelevant.

Let’s say that the circumstances around Hunter Biden’s emails were so easily explained or debunked that it wasn’t a big deal in the first place. If that is indeed the case, why censor the story? Why go to such means to shut it down on social media? Why is the publication that printed the story still banned on Twitter? What is there to fear when supposedly it’s all going to be dismissed as “right-wing misinformation”?

That’s ultimately where this whole thing falls apart. There simply isn’t a good reason to shut the story down. There’s no excuse or justification that makes any sort of sense. It’s either a dangerous statement or it is not. It is either easily dismissed, or it is not.

What does CNN stand to gain by supporting the suppression of information on social media? In this hyperpartisan reality, no amount of revelations about Hunter Biden will make a devout consumer of CNN output make a 180 turn and vote for President Donald Trump. The Trump base, already convinced that CNN is ‘fake news’, however, will have gained another round in the machine-gun belt of their talking points.

Not to mention, what’s to stop Twitter from shutting down a story by Axios Media or CNN next? Other than the social media’s own political bias, that is.

I personally do not have a problem with someone being biased as long as they’re honest about it. There may also be a day where the hyperpartisan nonsense drifts away, but I’m not holding my breath on that one. The truth is that the media needs to get its head together on whether or not these ideas are important. You can make excuses for a company like Twitter or Facebook until you’re blue in the face, but in doing so you open the door for them to do the same thing to you.

At this point, the mainstream media needs to make up its mind on whether or not stories like Hunter Biden’s emails are serious or not. Then they need to start applying consistent logic to their coverage and attitudes. If not, all that’s going to happen is the media will further divide people along partisan lines – and in the process, people will respect them even less.