Home / WORLD / BuzzFeed gaslights millennials that living with your parents forever is fine, as US creates a generation of docile perma-children

BuzzFeed gaslights millennials that living with your parents forever is fine, as US creates a generation of docile perma-children 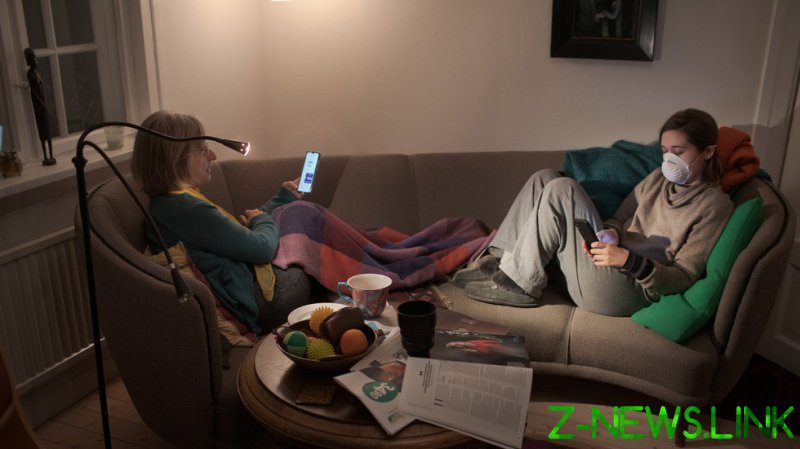 Sandbagged out of the gate by the 2008 recession, young American adults have had the economic rug pulled out from under them yet again with the coronavirus shutdowns. As of July, the majority of US adults aged 18 to 29 are living with their parents – 52 percent – and they aren’t the only ones.

Even 30- and 40-somethings are getting in on the homecoming. Buzzfeed wants you to know that this is not only totally normal, but that young Americans’ dreams of financial independence and living on their own are woefully outdated.

Translation? The US economy is doomed, and it’s not about to get any better.

Deploying a level of spin not usually seen outside politics, the outlet once known for its fluffy listicles has attempted to recast living under the parental roof as a pragmatic, even desirable life choice. It’s far from the only such effort – Financial Times declared last month that moving in with mom and dad was “cool” and “financially astute,” while the Independent announced earlier this month that the oft-derided move was actually an “act of resistance.” Such industrial-strength gaslighting suggests a long and painful recession ahead.

While the article and others like it attempt to cast returning to the nest as a smart life choice in an uncertain economy, this propaganda raises troubling questions about why American 20- and now 30-somethings are being encouraged to remain in social suspended animation.

Cloaked in cutesy neologisms like “adulting,” the expectation of being independent and taking responsibility for one’s own life is being pushed further and further into middle age, or put off indefinitely, creating a population of perma-children incapable of striking out on their own.

The piece opens with a vignette describing one such example, a neurotic young Baltimore man – gainfully employed, yet worried to death about Covid-19 – who ditches his home and career because… he sees a mouse in his apartment.

Declaring it “a sign I should go,” he drops everything and moves back home with mom in the suburbs. While ‘Ryan’’s new living arrangements allow him to pay off his car and credit card debt, he admits he’s lonely with no one his own age around.

The author of the piece, a 38-year-old freelancer, also seeks refuge with her elderly mother after having a panic attack during the lockdown. She hasn’t lost her job, or gotten sick, or even lost a friend or family member to the coronavirus – no, it’s just “another solitary meal” that pushes her over the edge. Yet the gaslighting intensifies: running away from one’s problems is “resilient and versatile.” It is “our westernized society [that] puts independence on a pedestal” that is the problem.

From one 40-year-old woman living with her parents: “I believe that Western, and particularly American, ideas of what constitutes ‘adulthood’ are far too narrow and only helpful to the capitalist machine.” Hear that, all you kids who think it’s “cool” or “normal” to live on your own? You’ve been duped by The Man!

In reality, the opposite is the case. If millennials and Generation Z are expected to live under their parents’ roofs, employers can get away with paying them even less – after all, they don’t have to pay rent, they probably don’t have kids to take care of, and they can always borrow mom or dad’s car if they have to get somewhere. Young adults living as perennial children will start to see themselves this way, settling back in to the role of ‘dependant’ at an age when they should be demanding more – from themselves, from their employers, even from their government.

A more cynical reading of this arrested-development cheerleading would highlight that encouraging self-infantilization nips rebellion in the bud. As states and cities across the US –and countries around the world– seize new and unprecedented powers under cover of the pandemic, it helps to have a helpless, dependent population to avoid backlash.

Why take to the streets demanding the government take its boots off the people’s necks when you can just watch Netflix at mom’s house wrapped in a blanket, cup of cocoa in hand, luxuriating in being taken-care-of by someone else?

Indeed, the coronavirus police state has sought to position itself as a surrogate parent, “protecting” the people by keeping them shut in their homes and barring them from socializing. If young adults are already regressing to a childlike state under the roof of their parents, it’s a simple matter to convince them to embrace a paternalistic state.

And they are regressing, as even BuzzFeed admits, citing a family therapist whose millennial clientele come to her to deal with the identity crises they experience upon returning to the previously-empty nest. But the message of the piece, and the many others like it, is that young adults shouldn’t resist this regression – eternal childhood is the new adulthood. Independence is an obstacle to happiness. Freedom is slavery. Stay home.

The writer’s conclusion reads like the confession of a brainwashing victim: “My desires are smaller now,” she writes, “that I can keep everyone close to me safe and well; that I will not take my dinners alone, night after night. They may not be grand, but they must be enough.”

Translation: resistance is futile. Is it any surprise depression rates have more than tripled this year?