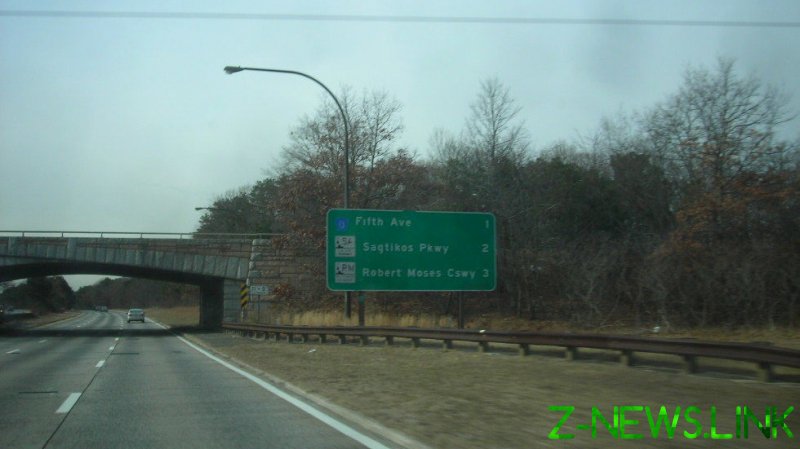 Buttigieg spoke to the White House press corps on Monday, explaining how President Joe Biden’s ‘Justice40’ agenda would apply to “equity” in infrastructure, delivering at least 40% of the benefits to “disadvantaged communities.”

“Can you give us the construct of how you will deconstruct the racism that was built into the roadways? … Can you talk to us about how that could be deconstructed?” asked April Ryan, formerly affiliated with CNN but currently with the African-American publication The Grio.

While her question prompted ridicule from some politicians – such as Senator Ted Cruz (R-Texas) – Buttigieg agreed wholeheartedly.

“If a highway was built for the purpose of dividing a white and a black neighborhood, or if an underpass was constructed such that a bus carrying mostly Black and Puerto Rican kids to a beach […] in New York was designed too low for it to pass by, that that obviously reflects racism that went into those design choices,” he said.

This appears to have been a reference to a charge made in Robert Caro’s 1974 biography of Robert Moses, the New York official responsible for much of the road-building and development between the 1920s and the 1960s.

“Sometimes it really is the case that an overpass went in a certain way that is so harmful that it’s got to come down,” Buttigieg argued, adding that in other instances his department may need “to add, rather than subtract.”

He also mentioned the Interstate-81 viaduct in Syracuse, New York – also repeatedly denounced as racist – and said the DOT was taking into consideration the wishes of the local community.

Buttigieg famously deflected questions about the US supply chain crisis last month by saying he was on paternity leave – after he and his husband adopted twin boys – and then blaming the Covid-19 pandemic, something he did again on Monday.

Aided by 13 Republican votes, the Democrat-dominated US House of Representatives passed a $1.2 trillion infrastructure bill on Friday, giving Buttigieg over $100 billion for construction projects across the US, including around $16 billion for “major projects” to be allocated at his discretion.