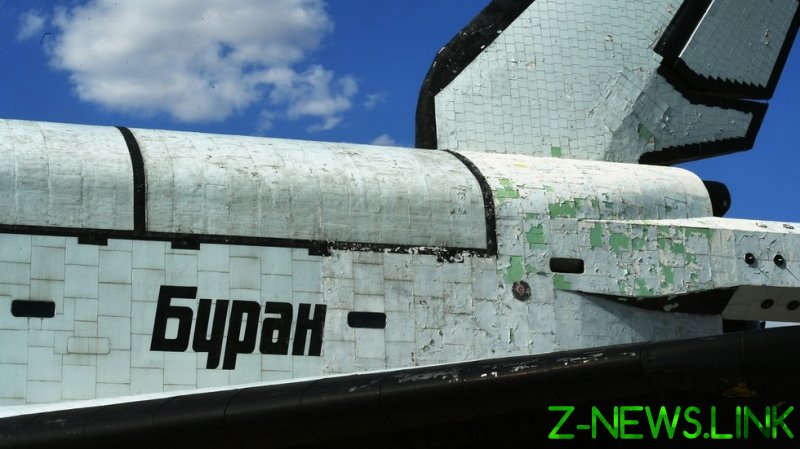 According to Dmitry Rogozin, who heads Roscosmos, the bizarre offer came after complaints from Moscow that the Buran model may eventually fall to pieces due to severe neglect. There was no indication that the proposal could or would be accepted.

The Buran (‘blizzard’ in Russian) was the first spaceplane to be produced as part of the Soviet and Russian space program. Similar in design to the US Space Shuttle, it made one orbital flight in 1988, but the program stalled when the Soviet Union collapsed and funding dried up.

The original Buran spacecraft was destroyed in 2002 when a hangar roof at the Baikonur spaceport collapsed. The cosmodrome is leased by Russia but located in Kazakhstan, and was the former base of the Soviet space program.

The mock-up is also at Baikonur, stored in another hangar. However, unlike other copies, this particular model was actually able to fly.

In 2020, the head of the Russian state space agency tried to buy the Buran and bring it to Russia, but discovered that it belonged to an anonymous owner from Kazakhstan who could not be found. Now, he has been identified as Dauren Musa.

There are very few replicas of the spaceplane, making each one both prized and valuable.

In recent times, the shuttle owned by the Kazakh businessman has been sitting in a dilapidated hangar and, due to severe neglect, is now on its last legs. Earlier this year, it was even covered in graffiti after vandals broke in.

Now that the owner of the Buran mockup is publicly known, time could be running out for Musa.

On Thursday, Kazakh Minister of Digital Development Bagdat Musin promised to sue Musa, claiming he owns the spacecraft illegally. According to the politician, Musa unlawfully acquired three stakes in Baikonur, two of which have already been ruled illegal by a court.

“We believe that Mr. Musa has no right to this company, to the property and the Buran,” the minister said.

The skull of the last Kazakh Khan, Kenesary Kasymov, has long been a tense topic between Moscow and Nur-Sultan. In 1847, his head was chopped off by a rival khanate, who then sent it to the Russians. Over the years, successive Kazakh leaders have asked for it to be returned. However, according to Moscow, nobody quite knows where his head currently resides.