Home / WORLD / Business model based on outrage… or is it envy? Ben Shapiro strikes back at NPR hit piece on Daily Wire’s ‘conservative agenda’

Business model based on outrage… or is it envy? Ben Shapiro strikes back at NPR hit piece on Daily Wire’s ‘conservative agenda’ 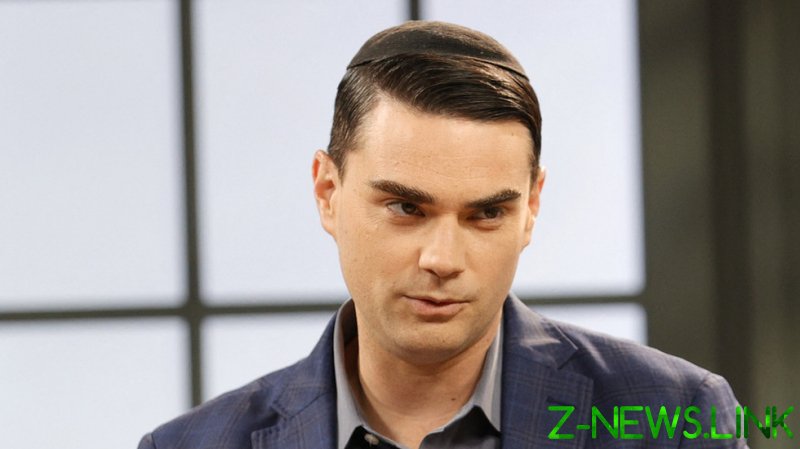 National Public Radio admitted that Shapiro’s site, the Daily Wire, doesn’t “normally include falsehoods,” and is even (according to its own Standards & Policies page) “committed to truthful, accurate, and ethical reporting” – but that’s not the point, they sniffed.

Shapiro seemed bemused to discover that the latest excuse for seemingly trying to take him offline was not “fake news,” or “climate change denial,” or any of the other usual suspects – but instead being “overtly conservative.”

“We make no bones about this,” he insisted on Monday in a tweet responding to NPR’s screed denouncing his very politics as anathema to social media.

Disinformation and opinion are two peas in the same pod, NPR seemed to imply – at least, as long as that opinion runs contrary to the mainstream narrative.

Jaime Settle, director of the Social Networks and Political Psychology Lab at the College of William & Mary, said the Daily Wire was responding to a demand for “outrage politics” and suggested Shapiro was holding the marketplace of ideas hostage with disinformation – without actually lying.

Despite no evidence that the New York Post’s bombshell stories on the younger Biden’s laptop contents were false, they were declared by NPR as “not really stories” and “just pure distractions” that waste the time of readers and viewers.

It’s no secret Shapiro is backed by the money of right-wing billionaires who reliably pushed his content before any organic fanbase existed to do so – but he’s hardly the only political pundit to rely on outside funding to get his message across.

Indeed, the Young Turks, a formerly progressive news outlet who analyzed Shapiro’s funding ‘machine’ in a 2018 article, have seen their channel’s own politics swing far to the neoliberal center following a $20-million donation from Clinton backer Jeffrey Katzenberg in 2017.

Ironically, the narrative managers seem stubbornly incapable of grasping how they themselves are responsible for Shapiro’s success. By making it impossible for authentic alt-media figures – those without the wealthy sponsors that Shapiro and his ilk have leveraged to victory – to remain on social media thanks to a never-ending stream of reported rule violations (a ‘cyberbullying’ claim here, a spurious YouTube strike there), only the wealthy and well-connected can get anywhere near the public eye if they’re peddling something more than mainstream pablum.

NPR can’t even seem to figure out the source of its loathing for Shapiro. In its Monday writeup, it acknowledged that most of the Daily Wire’s content was not original reporting, but news from other sites repackaged “with a conservative slant” and given “an intellectual sheen.”

It then rolled out ThinkProgress and Popular Information founder Judd Legum to complain that for this “minimal effort,” the Daily Wire is “rewarded with massive engagement on Facebook.”

Ultimately, while NPR may point its finger at Shapiro for his “outrage-based business model,” it’s the narrative managers whose Trump-centric worldview – increasingly stale as the man’s presidency fades into the rearview mirror – leaves its audience frothing at the mouth. The Bad Orange Man occupies endless free real estate inside their heads, and outrage keeps them coming back.

Unfortunately for them, that audience is shrinking, and their new tactics based on targeting non-Trump conservative figures – Fox News’ Tucker Carlson, for instance – aren’t exactly bringing home the bacon.

No one is falling for this latest redefinition of ‘disinformation’ as ‘facts or opinions we don’t like’ – and even some CNN guests have had enough of the moralizing smugness that pours out of the television in waves.

NPR’s hypocrisy wasn’t lost on social media, where many pointed out that NPR was ginning up outrage against Shapiro’s alleged outrage-producing machine in order to – some suggested – call for the removal of a better-performing competitor from Facebook.

NPR’s defenders did point out that the network stopped short of actually calling for Shapiro’s removal from the airwaves, however.