‘Burn the precinct to the ground!’: Rittenhouse verdict sparks protest in NYC 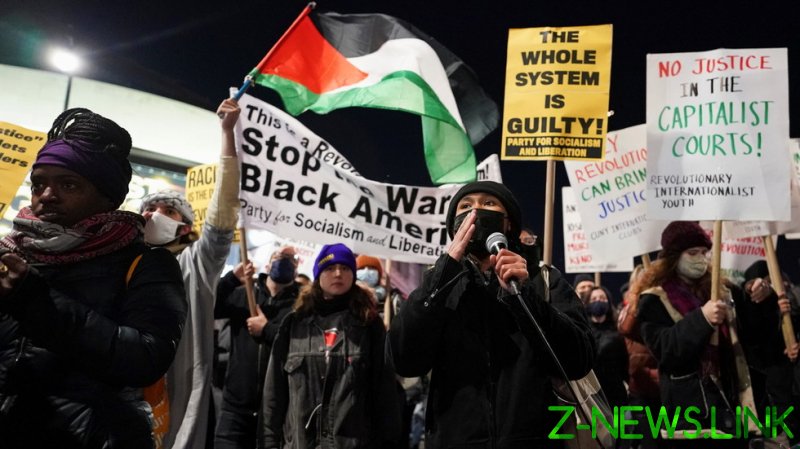 The crowd, reportedly numbering in the hundreds, began its protest march from Brooklyn’s Barclays Center and continued into Manhattan, shutting down a pair of bridges as they made their way across the borough.

READ MORE: ‘This verdict is disgusting’: How Democrats reacted to acquittal of Kyle Rittenhouse

Activists were filmed as they hoisted signs and banners, also chanting a number of anti-police slogans during the rally, among the most hostile of which included “Every city, every town, burn the precinct to the ground!”

As they made their way across the Brooklyn Bridge, police reportedly kept a safe distance away from the protesters, trailing behind in vehicles. It is unclear whether any arrests were made, though it appears the demonstration remained largely peaceful throughout.

A larger crowd also took to the nearby Manhattan Bridge, clogging traffic lanes as they proceeded further into the city.

Rittenhouse, now 18, was charged with a number of serious counts, including first-degree murder, after fatally shooting two men and wounding a third during protests and rioting in Kenosha, Wisconsin last year. He was acquitted of all charges on Friday, after days of deliberations by the jury, enraging the teen’s detractors, who insist Rittenhouse showed up to Kenosha looking for trouble. His defense team argued that he fired his weapon to protect his own life, noting that all of the people Rittenhouse harmed were actively chasing him at the time they were shot.