Bungie explained to who get banned in Destiny 2 for PC 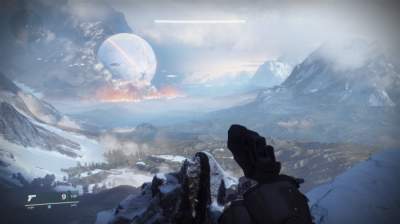 The developers decided to voice a few facts about Banach in Destiny 2.

The launch of Destiny 2 for PC perfect did not work: many users complained that their banned in the game for no apparent reason. Representatives of Bungie already gave a brief review about this, and now published a detailed message, telling who, how and what was injured.

Developers, in their own words, decided to voice a few facts about Banach in Destiny 2, so that the public can better understand how the blocking in the game.

● Destiny 2 bans players automatically, ban writes an employee of Bungie after studying data;
● A day after release, developers are banned 400 players on the PC;
● Bans handed out to people who used “tools that threaten a multiplayer ecosystem game” (cheats and hacks, simply put).

See also:  The MP was banned from driving

Bungie again assured that does not block and will not block users that include overlays or programs to measure the performance (i.e. application type Discord, Xsplit, OBS, RTSS and so on). To find out more about compatible with Destiny 2 programs, the Studio has offered to read the appropriate help on the support site.

However, Bungie can stroke “banhammerom” innocent head. The developers added that canceling four of the ban, which issued during the beta testing on the PC. In addition, Bungie has revised other locks, and found a group of gamers banned by mistake. Innocent again allowed in the game.

See also:  Doctors explained how to read the instructions to drugs

However, Bungie emphasizes that even erroneous bans are not associated with using said programs with overlays. So you can sit there in limbo and nothing to fear: in the worst case, as mentioned earlier, Destiny 2 just will not start. But the account will remain alive and healthy.