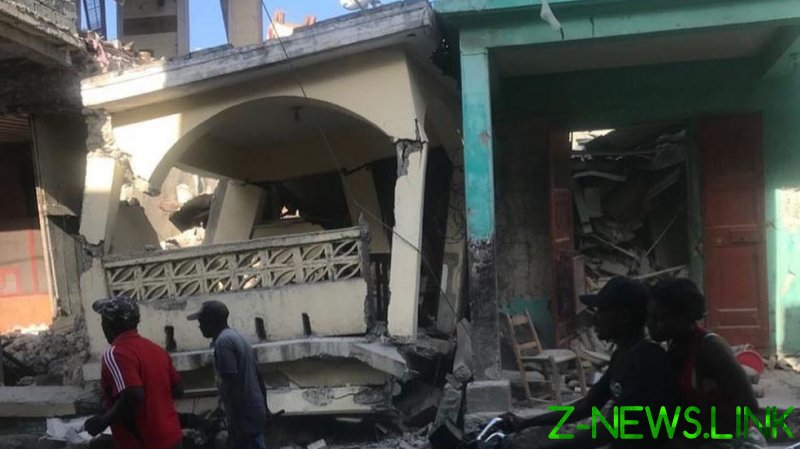 The earthquake was reported early on Saturday morning, with the United States Geological Survey putting its intensity at magnitude 7.2, or “major.” The epicenter was 12km (7.5 miles) northeast of Saint-Louis-du-Sud, a town of more than 50,000 inhabitants.

Severe damage was reported on Haiti, with images from the nearby town of Jeremie showing partially collapsed buildings and rubble-strewn streets.

Video from Jeremie showed thick clouds of dust filling the streets, as houses lay in ruins.

Some people posting on social media reported feeling the quake as far away as Jamaica, and the US Tsunami Warning Centers issued a tsunami threat shortly afterwards.

The quake struck minutes after a magnitude 6.9 earthquake shook the Alaska Peninsula. However, the Alaskan quake hit a much more sparsely populated region, where the potential for damage was far lower.