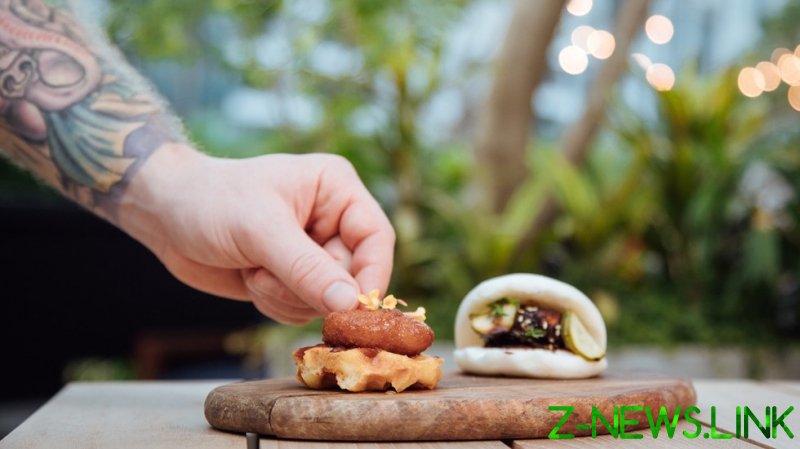 On Saturday evening, the 1880 restaurant in Robertson Quay, a posh entertainment district in Singapore, began serving a special kind of dish. The diners were served what are basically chicken nuggets, but not a single chick died for them. The meat was cultured from chicken muscle cells in a lab and, according to the supplying company, previews a titanic change in the global food industry.

Current agriculture technologies are not keeping up with humanity’s growing numbers and appetites, and it is especially true for animal products. By weight, livestock animals account for roughly 60 percent of all mammals on Earth, humans included, while domesticated poultry outweigh wild birds threefold.

Growing all that meat takes too much water and land and produces a significant amount of methane, a greenhouse gas. Factory farming also poses the threat of epidemics due to overuse of microbiotics and, many critics would argue, is an appallingly cruel industry.

Cultured meat is produced in a sterile bioreactor without all the problems of growing and slaughtering live animals and is one possible solution. The nuggets served in Singapore this week come from Eat Just, a California-based company that, like dozens of other startups, works to make their product commercially viable. The nutrients for the cell came from a solution that includes foetal bovine serum, but later lines are expected to be purely plant-fed.

The technology is still very new and costly. Eat Just previously said its nuggets cost $50 apiece, but has since made “considerable progress” in lowering the cost, according to a spokesman. Still, the dish served at 1880 is squarely in the premium range for chicken and the first clients were students aged 14-18 who had been invited after showing “a commitment to building a better planet.”

Vat meat can become more affordable once scale economies kick in, but price is not the only factor. Plant-based alternatives have a reputation of failing to win over the general public because they fail to replicate the facture and taste of the real deal and remain a niche product for climate-conscious clientele.

Cultured meat has a better potential in that regard, but so far, pioneering companies stick to simpler things like nuggets and hamburgers. The technology is not there yet to lab-grow longer muscle fibers like those found in a chicken breast or a steak.

Of course, even if and when biotechs are able to make a perfect slice of beef in a vat, the cost drop may not be as big as is hoped for. With traditionally produced meats likely to be taxed based on their carbon footprint, poorer people who still want their protein intake to come from animals may be left with the third option – insects. Advocates say bugs can make for more efficient farming and their diseases are less likely to affect humans, so crickets or larvae, not slaughter-free nuggets, may be the mass food of the future.