Buffon confirmed his retirement at the end of the season 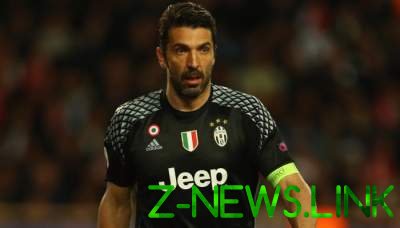 Legendary Italian goalkeeper Gianluigi Buffon at the end of the season will put an end to his career.

Buffon, recognized the best goalkeeper of 2017 by FIFA, at the ceremony of the awards confirmed that the current season will be the last in his career. To detain the Italian football can only be one thing.

“This is my last season. I am completely confident in this decision. One or two years, nothing will add to my achievements. I’m not afraid of the future, face it with enthusiasm as an opportunity to prove myself.

The only thing that could make me change my mind — victory in the Champions League. In this case, I’ll try again to win the Club world Cup.
Would like to finish his career with a big win. Eleven years ago I became world champion, but all three Champions League finals we lost,” leads
the words of Buffon the Italian press.

If Buffon will not be able to win the Champions League, his farewell match, most likely, will take place at the world Championships in Russia. In butt matches of the national team of Italy will play against Sweden.

At club level, Buffon in the “Parma” and “Juventus” has won 22 trophies, including 10 League titles in Serie A. with Juventus Buffon three times reached the Champions League final, but lost to “Milan”, “Barcelona” and “real”.

See also:  The heating season in Ukraine: the us has a big problem

In the international arena the best in the career of Gianluigi Buffon came in 2006 and the triumph at the world Cup in Germany. At Euro 2012 in Ukraine and Poland the most expensive goalkeeper in the history of football has stopped in a step from the trophy.