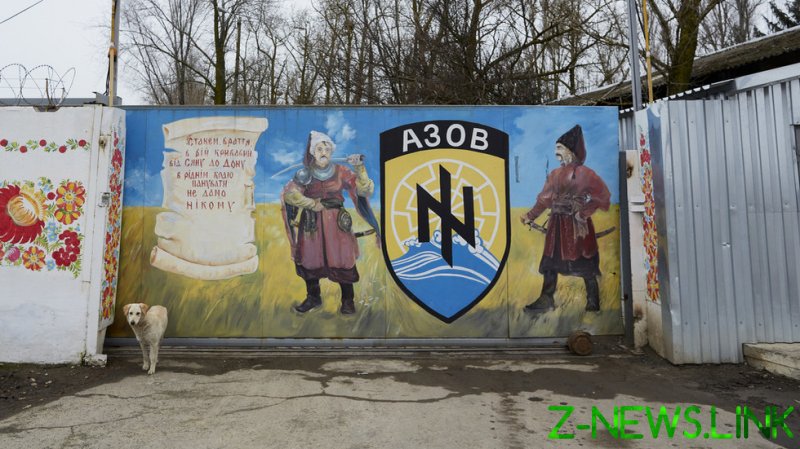 Russia’s deputy ambassador to the UN, along with dozens of keen-eyed social media users, have pointed out that the suspect in Saturday’s deadly shooting in the US used the same Neo-Nazi symbol as Ukraine’s Azov Regiment.

Dmitry Polyanskiy, Russia’s First Deputy Permanent Representative to the UN, noted that the ‘sonnenrad’, or ‘Black Sun’ symbol, which adorned the manifesto published by the Buffalo shooter, has for years featured on the insignia of Ukraine’s Azov regiment and is a commonly used image among white supremacists and neo-Nazi groups.

“I wonder what our Western colleagues would invent to distract the public from this awkward fact,” Polyanskiy remarked on his Telegram channel, referring to the fact that the Azov Battalion has been actively funded and promoted by the West, despite Russia warning that it is a radical neo-Nazi paramilitary unit.

The main suspect in the Buffalo shooting, 18-year-old Payton Gendron, stands accused of killing 10 people and injuring three others in what police believe to be a racially motivated crime. He is reported to be a white supremacist inspired by the mass-shooting in Christchurch, New Zealand in 2019.

Just like the perpetrator of the Christchurch shooting, Gendron left an online manifesto explaining his ideology prior to launching his live-streamed killing spree. The manifesto prominently featured an alternate version of the Black Sun, and images circulating online showed him wearing it on his clothes.

There are several different versions of the Black Sun design, however the one that Gendron picked is the same as the one used by the Azov battalion for their original insignia, alongside a wolfsangel, another Nazi-linked symbol.

The connection between the Azov Battalion and neo-Nazi symbolysm was widely covered by Western media outlets including Time magazine and the New York Times before Russia attacked Ukraine.

Nevertheless, the unit was incorporated into Ukraine’s National Guard in 2014. Kiev claims that people adhering to neo-Nazi ideology have been expelled from its ranks, but critics have pointed to the group’s continued and prominent use of Nazi-linked imagery.

Supporters of the Azov Battalion now claim that any insinuation of a link between them and the Buffalo shooter is “disinformation.” Some even insist that Twitter should take action and censor accounts posting such claims.